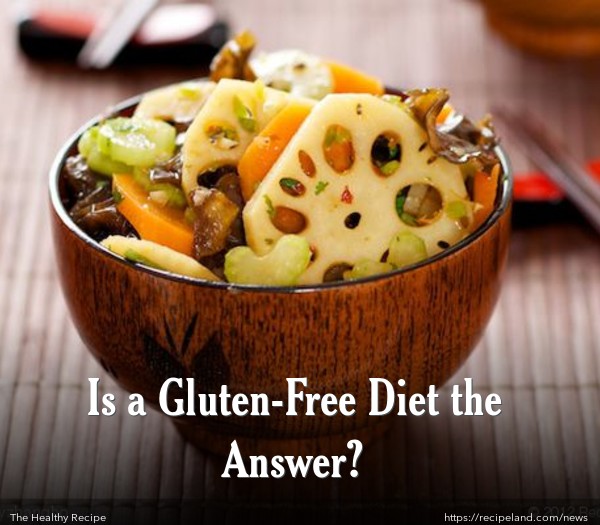 You’ve probably heard a great deal about gluten-free diets by this point, whether you know someone who has tried it or even tried it yourself.

It is a common eating plan for those who are diagnosed with celiac disease, or those who have gluten or wheat sensitivities. But, is it really the right choice when it comes to what you are and are not eating?

Gluten is a major protein that is found in wheat, barley and rye. While the term “gluten” refers to a number of different related proteins, these are generally lumped together as one ingredient.

Gluten is the protein that is responsible for allowing dough to rise during baking when yeast is used. Without gluten, baked goods are very heavy and dense. Many people are sensitive to gluten, or even truly allergic, making this a hot topic these days.

Celiac disease is a type of autoimmune disorder that attacks the small and large intestines. There are over 2 million people in the United States alone diagnosed with celiac disease.

Gluten is known to aggravate symptoms and cause the inflammation and irritations that occur. Celiac disease can go undetected for years, until more serious health complications such as anemia or osteoporosis develop.

According to Rachel Begun, from the Academy of Nutrition and Dietetics, the problems will slowly increase as time goes on, and fewer and fewer nutrients are properly digested and absorbed by the intestines, leading to various types of malnutrition.

Joseph Levy, M.D., a pediatric gastroenterologist at New York University, explains, "even tiny amounts of gluten trigger an immune-mediated attack on the lining of the bowel,” acknowledging that those who are allergic or sensitive to gluten should not consume any at all for optimum health.

Unfortunately, studies have shown that approximately 80% of those who actually have celiac disease are unaware that they have this condition. Because they continue to eat foods that ultimately cause them harm, the symptoms will generally tend to worsen over time until they are quite ill.

The mechanism related to this sensitivity is not clearly understood yet. Says Levy, "We're just starting to recognize this non-celiac-related sensitivity to gluten."

Symptoms of celiac disease, gluten allergy or sensitivity or a wheat allergy include diarrhea, nausea, fatigue, aches and pains and bloating. Some may also find that they have migraines or feel as if they have difficulty concentrating and thinking clearly.

Although there are numerous research studies that are ongoing, it is unclear what the eventual issues related to this condition are going to be.

When you are properly diagnosed, it is important that you make the necessary dietary changes to avoid gluten. This is best done in the most natural ways, by increasing the amounts of naturally gluten free foods that you eat, such as fruits and vegetables, beans, nuts, lean meats, seeds and low fat dairy products.

Begun indicates that it is easy to maintain a healthy diet while gluten-free. However, those diagnosed as having celiac disease should be very vigilant and understand that there are potentially many different sources of gluten, some that may be included in foods when you least expect it.

Certain foods, including packaged dressings, may contain gluten, as well as soy sauce, many medications and vitamins. Products such as lip balm may even be culprits, so caution is always advised, as even very small amounts of gluten can cause problems.

Those who are committed to a gluten-free diet for medical reasons may find that dining out can be challenging. Many restaurants may offer gluten-free options, yet not be careful to avoid cross contamination with foods and ingredients containing gluten.

Those with celiac must avoid even the smallest traces of gluten, and cannot consume foods that come into contact with gluten.

For those who wish to try a gluten-free diet, there are likely to be no adverse consequences, as long as you consult with a doctor if you are going gluten-free because you think you might have celiac disease.

It should be noted that many people think that a gluten-free diet is a great way to lose weight, but many studies have shown that, although there are adequate sources of the full range of recommended vitamins, minerals and nutrients while on a gluten-free diet.

But it is not necessarily a great weight loss plan, as it is common for people to gain weight on a gluten-free diet because they may opt for gluten-free baked goods that they think are less fattening.