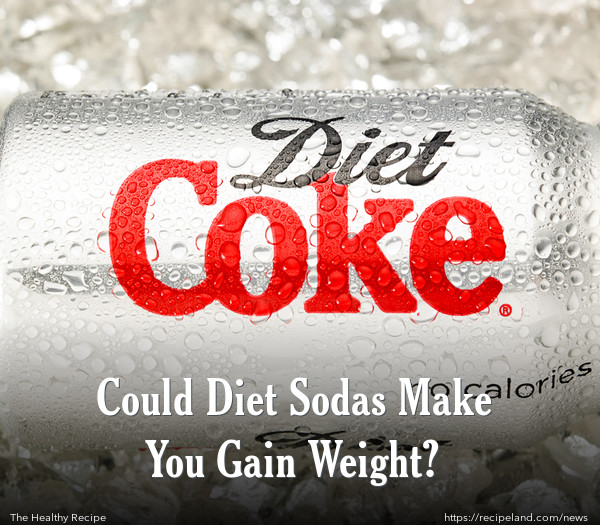 Behavioural neuroscience professor Susan Swithers, of Purdue University in Indiana found that people who drink diet sodas have a higher risk for weight gain and obesity than people who avoid soft drinks altogether. People who drink soda – with sugar or artificial sweeteners – also have an increased risk for heart disease, type 2 diabetes and metabolic syndrome.

Swithers has seen metabolic disruptions and weight gain in animal studies caused by artificial sweeteners, even though they don’t contain any calories.

This might explain the link between weight gain and calorie-free “diet” sweeteners. Even though artificial sweeteners don’t add extra caloric intake, their sweetness alone can make people feel hungrier than they actually are.

People who are trying to lose weight may drink a diet soda, or eat “low-calorie” processed foods that have been artificially sweetened, and reward themselves later in the day with a sweet treat or other high calorie snack.

When it comes to dieting and consuming diet soft drinks, calorie counting may not add up to weight loss. If consuming foods and drinks with artificial sweeteners, the sweeteners actually trick the brain into thinking the body needs more calories.

Swithers believes that “there are multiple things that are contributing to this. Psychology is a factor, but physiology can also be altered."

“As a group, participants who consumed artificially sweetened soft drinks saw a 178 percent greater increase in waist circumference compared with those who did not, and those who consumed two or more beverages containing artificial sweeteners per day saw a 500 percent (or almost three times greater) increase.”(2)

Aspartame has been shown to increase waist circumference and weight gain, as well as raise insulin levels if consumed in large quantities.

“Results from several large-scale population studies suggest that regular consumption of artificial sweeteners such as aspartame and sucralose, particularly in diet soda, may actually contribute to rather than combat weight gain and type 2 diabetes.”(2)

With respect to sugars and low-calorie sweeteners, these ingredients can be enjoyed in moderation and are not unique risk factors for cancer. Regulatory agencies around the globe confirm the safety of sweeteners, and leading health organizations condone their use too. As with any source of calories, achieving a sensible dietary balance and offsetting intake with physical activity is a good rule of thumb.
-American Beverage Association