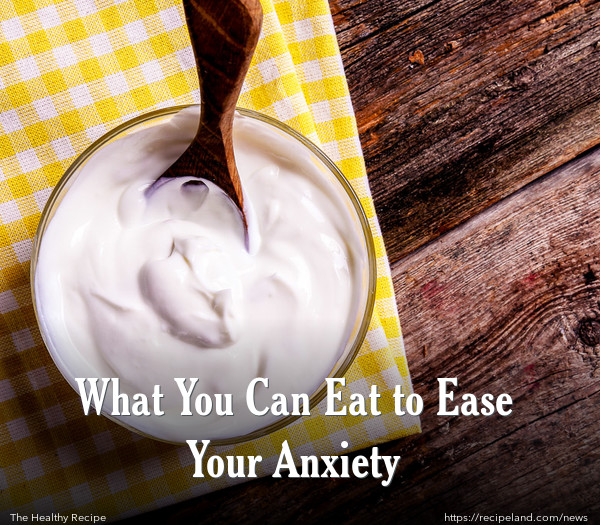 New research has found that fermented foods may help play a significant role in reducing anxiety. Foods such as yoghurt, kefir, sauerkraut, kombucha, miso, and kimchi can help people who suffer from social anxiety issues and symptoms.

A recent study, using a survey method, examined the food habits of more than 700 participants, and tracked their consumption of certain foods. Results showed that the more fermented foods that the participants consumed, the less likely they were to experience certain distressing symptoms that accompany social anxiety disorder. The results were most significant for those participants who were found to have the highest levels of neuroticism at the onset of the study, characterized by anxiety, fear, moodiness, worry, envy, frustration, jealousy, and loneliness.

Are you wondering why these particular foods have such a calming effect? The researchers can’t exactly pinpoint the specific compounds that are responsible for the calming effects, but it is most likely related to the probiotic compounds that are found in fermented foods. These are the good bacteria that your body needs for balanced functioning. One of the lead authors, Matthew Hilimire, assistant professor of psychology at the College of William and Mary, stated, "Social anxiety has gastrointestinal symptoms, and probiotics have been shown to reduce gut inflammation. So as the gut becomes less inflamed, some of those anxiety-related symptoms are reduced."

Probiotics can also affect the chemistry in your brain, which helps to trigger the release of the neurotransmitter GABA, which is known to help calm the nervous system. This is the same neurotransmitter that is targeted by anti-anxiety drugs like valium. Researchers are hoping that further studies regarding the benefits of fermented foods on anxiety may reduce the need for certain medications and lower the risks associated with anxiety treatment.

Want to get started on the calming effects? Try this tasty and calming smoothie recipe developed by Wendy Bazilian, DrPH, RD, the author of The SuperfoodsRx Diet. With a boost of probiotics from the addition of kefir and other calming ingredients, it’s the perfect start. Start with ½ ripe avocado, ½ banana, ½ c cooled chamomile tea, ½ c 100% orange juice, ¼ c kefir, ½ c strawberries, ? tsp fresh ginger, and 1 Tbsp honey (optional) in a blender and blend until smooth. Serve immediately.

Other foods that are known to help with reducing anxiety include strawberries, orange juice, avocados, ginger, and chamomile tea.