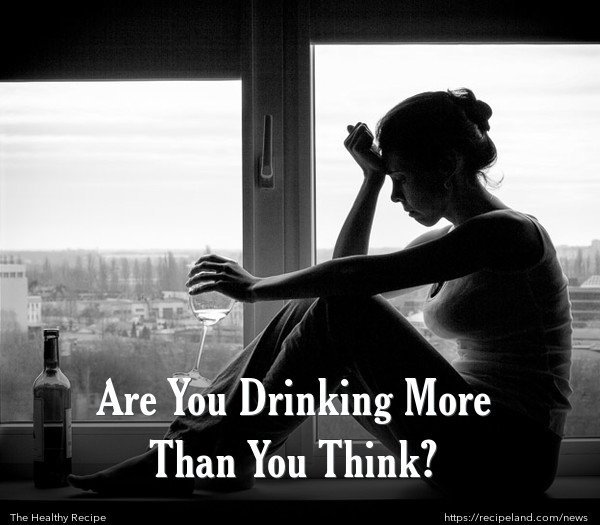 If you love to have a glass of wine with dinner, but it often turns into three, does this mean you are a binge drinker? Maybe. A 2015 report issued by the National Institutes of Health indicated that growing numbers of Americans are in a danger zone when it comes to the amount of alcohol they are consuming.

The study, which was recently published in the JAMA Psychiatry journal, revealed that nearly one out of every three Americans has abused alcohol at some point in their life. Only about 20% of those with alcohol problems seek treatment.

George Koob, Ph.D., director of the National Institute on Alcohol and Alcoholism, which is an NIH agency that supported the research study, stated, “What’s really alarming is that the intensity of drinking is dramatically increasing. We’re seeing a 5% increase—that’s roughly a million people more than 10 years ago—who are knocking back more than 5, 8, or 10 drinks in one sitting.”

It’s not as easy to tell who is a problem drinker as you might think. More than 38 million American adults drink more than 4 times per month, according to data published by the CDC. Typically, it’s the 18-34 year old crowd who are most likely to overdo it, but it actually happens to be those over 65 who drink most regularly. Getting a good buzz once in a while is not likely to be terribly harmful, but, overindulgence in alcohol causes more than 80,000 deaths each year, and is third in line of preventable causes.

With regard to older drinkers, Koob adds, “The brain gets more sensitive to alcohol’s sedative effects when you’re older, around 65. For people who may have trouble navigating steps and slippery sidewalks already, this just makes it even more dangerous.”

How do you know if you have had too much to drink on a regular basis? Binge drinking in women tends to be around four drinks in a short period of time. For men, it is more like five drinks. Although most people who are occasionally binge drinking are not truly alcoholics, it is not so simple as being an alcoholic or not. Many people fall somewhere in between the two extremes. Here are 6 signs that you might be drinking too much:

The normally shy person who starts dancing on the bar after a few drinks has probably had too much to drink. Drinking can lower inhibitions and lead to risky behaviours. Gregory Smith, M.D., an addiction specialist, states, “Drinking too much on just one occasion can change your life for the worse.” Alcohol is involved in 605 of fatal burn injuries, 40% of fatal falls, many car accidents, and a high percentage of sexual assaults.

2. Heavy drinking on the weekends

Many people may not drink at all during the week, but overindulge on the weekends. Smith states, “If you don’t drink daily but are drinking regularly, such as every Friday night, that’s a red flag.” Even though there is an amount of alcohol that is considered to be in the healthy range, and this is about 7 drinks per week, this is not intended to be consumed all at once. Binge drinking can increase blood pressure and interfere with many prescription medications. Women are more likely to experience alcohol poisoning because of their smaller size. Keeping up with men can lead to serious illness, or even death.

3. You lose track of how much you’ve had

If you are only planning on having one or two drinks, but next thing you know you are ordering your fourth, you might have a drinking problem. One clue that you might be a binge drinker is that you don’t know how to set limits, or what your limits are. Drinking problems develop over time, and keeping track of your personal drinking habits can help you stay in a healthy and controlled range.

Alcohol does not affect everyone equally. How it affects you could depend on many things, including your genetic makeup, medications you take, how much you may have had to eat, and more. Research is now pointing to certain neurotransmitters, particularly glutamate, which is linked to memory and thought to be affected by alcohol consumption. If you have ever woken up in the morning and not clearly remembered the night before until your friends remind you of the events, you may have had too many and you may have a drinking problem.

5. You are ignoring responsibilities

When you start overindulging, you are more likely to start to ignore important responsibilities. Keith Humphreys, Ph.D., from the VA/Stanford University Centre for Health Care Evaluation in Palo Alto, California, states, “Drinking is a problem when you notice that you’ve started to neglect things that are important to you for the sake of alcohol.” Having a hangover affect your work or your family life is a problem when it happens on a regular basis.

6. Those close to you have expressed concern

If any of your friends, family, or co-workers have expressed to you that they are worried about how much you are drinking, then you might have a problem. Often it is those around us who notice a problem with alcohol before we realize we have one. Deidra Roach, M.D., from the NIAAA, states, “The first step is to recognize that you’re drinking more than you should, and then to set some goals for yourself. And if you’re afraid to ask people if you drink too much, that’s probably a sign that you’re overdoing it, too.”

Keeping your alcohol consumption at a reasonable rate is important for your overall health. If you are having trouble saying “no” to that extra drink, it might be time to seek professional help.