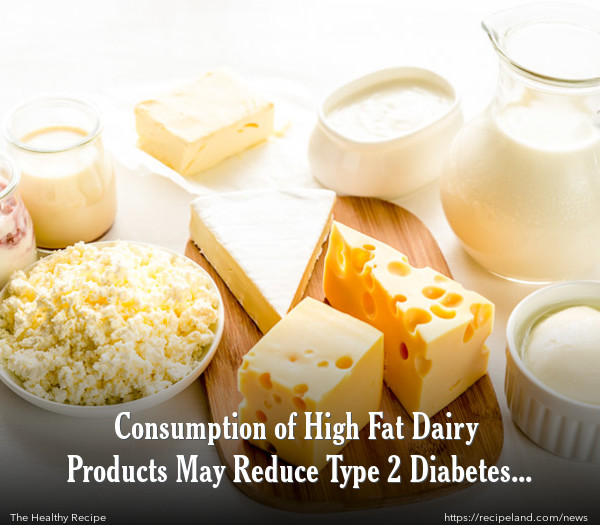 Ulrika Ericson, a lead researcher from the Malmo Diet and Cancer Center, stated, "Those who ate the most high-fat dairy products had a 23 per cent lower risk of developing type 2 diabetes than those who ate the least. High meat consumption was linked to an increased risk of type 2 diabetes regardless of the fat content of the meat."

Ericson explained, "When we investigated the consumption of saturated fatty acids that are slightly more common in dairy products than in meat, we observed a link with a reduced risk of type 2 diabetes. However, we have not ruled out the possibility that other components of dairy products such as yoghurt and cheese may have contributed to our results. We have taken into account many dietary and lifestyle factors in our analysis, such as fermentation, calcium, vitamin D and physical activity. However, there may be other factors that we have not been able to measure that are shared by those who eat large quantities of high-fat dairy products. Moreover, different food components can interact with each other. For example, in one study, saturated fat in cheese appeared to have less of a cholesterol-raising effect than saturated fat in butter. Our results suggest that we should not focus solely on fat, but rather consider what foods we eat. Many foodstuffs contain different components that are harmful or beneficial to health, and it is the overall balance that is important."

Further research is indicated to clarify the exact relationship between specific saturated fatty acids and their contribution to type 2 diabetes, but these findings are important for those who may be at risk and seeking ways to decrease the risk.