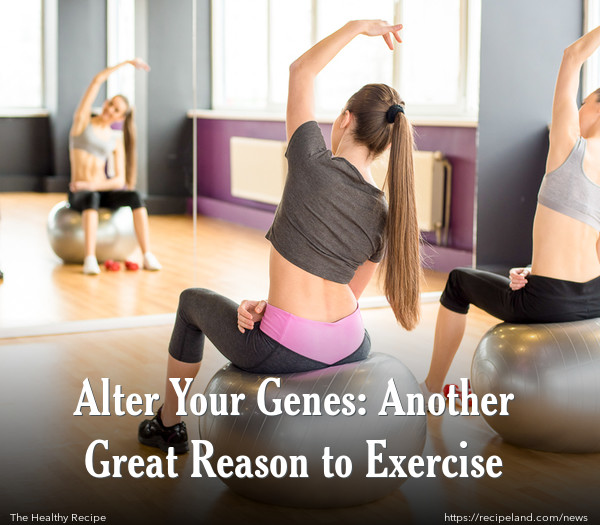 We often associate eating healthy and working out regularly with weight loss and reducing our risks of cardiovascular disease and diabetes. This study found that the health benefits of exercise actually work on a cellular level.

Studies show that human genes can get switched off or on by neurochemicals released from the brain, sending biochemical signals throughout the body. When certain genes are switched on, different proteins affect the body’s function and muscular actions.

Methylation is the process of changing the behaviour of particular genes where methyl groups (hydrogen and carbon atom clusters) attach themselves to a gene. This process marks the gene and makes it easier or more difficult for the gene to send and receive biochemical messages to other genes.

When methylation occurs, the gene changes its behaviour, but not its original basic structure. So the gene remains the same, but its activity changes in the form of methylation patterns.

Diet plays a large role in this methylation process, and many researchers believe that methylation patterns caused by unhealthy diets might be partially responsible for people who develop metabolic diseases or type 2 diabetes.

What is very interesting is that the methylation patterns that we have in our own DNA may be passed on to our children through epigenetics. (Even more reason to eat a diet low in sugars and high saturated fats, and make regular exercise part of a healthy lifestyle!)

The authors of this research study state: “A sedentary lifestyle, a poor diet and new technologies that reduce physical activity cause health problems worldwide, as reduced energy expenditure together with increased energy intake lead to weight gain and increased cardiometabolic health risks. Obesity is an important predictor for the development of both type 2 diabetes and cardiovascular diseases, which suggests a central role for adipose tissue in the development of these conditions.”(1)

The study participants then began exercising for one hour twice a week with the help of a trainer. After six months the men had lost weight and fat (adipose tissue) around their waistlines. They also showed increased physical endurance, lower blood pressure and lower bad cholesterol levels.

Most importantly, their new tissue samples showed a noticeably different methylation pattern in the genes of their fat cells.

Similar studies have shown the same results of DNA changes in methylation patterns in the research of muscle cells. One study found that genes within muscle cells began changing after a single cardiovascular workout.

Scientists have not been able to prove whether or not these types of methylation pattern changes last over time if someone stops exercising, or if the epigenetic process definitely carries these methylation patterns onto children from their parents.

What is clear is that regular exercise has as much of a positive impact on your genetic make-up as a healthy diet. Knowing that you are improving your long term health, and potentially changing your DNA should serve as even more encouragement to shed a few pounds – even if you can only work out twice a week.