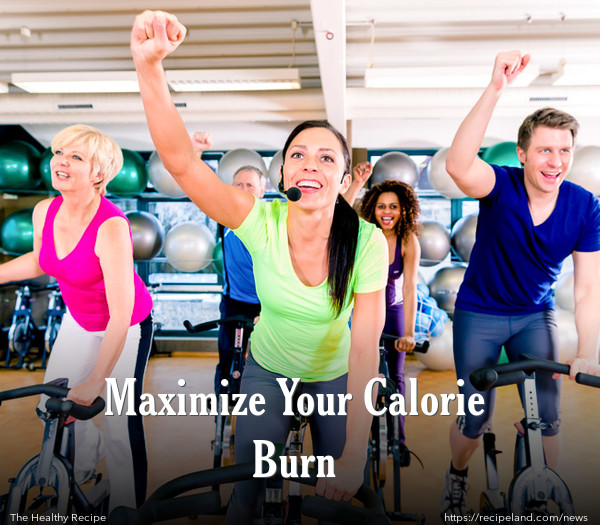 For most people, exercising is all about calorie burn. You want to burn the highest amount of calories in the least amount of time. You don’t have the flexibility in your schedule to run a few extra miles or go to another aerobics class to take your calorie burn to a higher level.

The good new is - you don’t have to! There are changes you can make right now to the way you workout that will increase your calorie burn and make your workouts more effective.

Instead of a steady run on the treadmill or around the track, burn more calories faster with interval training. Alternate between short sessions of intense, full-out exercise and rest. Interval training allows you to workout at a higher intensity for a longer period. Plus, you burn the same number of calories in half the time that you would doing a steady exercise.

A study published in the International Journal of Obesity reported that women who practiced interval training just three times a week were able to burn more fat than those who did twice as much steady exercising.

Researchers at the Human Performance Laboratory of Appalachian State University found that interval training can also increase your metabolism for 14 hours, so the higher calorie burn continues even after your workout is over.

2. Eat Before You Exercise.

Your body needs the proper amount of fuel to get through your workout. The International Journal of Sports Nutrition and Exercise Metabolism study found that those who ate breakfast and then exercised burned a much greater amount of fat and energy than those who skipped breakfast.

Plus, the higher calorie burn kept going on for 24 hours after the workout was over.

Researchers have found that performing strength training in a circuit will keep your metabolic rate increased for 16 hours after you are done exercising.

Exercising with a partner will drive you to exercise longer and harder. A study out of Michigan State University found that women exercised twice as long when they were teamed with a virtual partner whom they were told was performing slightly better than them. When exercising with a buddy, most people push themselves twice as hard as they do when they are alone.

An Oxford University study might hold the key to why teamwork increases calorie burn. Researchers found that when rowing team members exercised together, their bodies released two times the amount of mood-improving endorphins as rowers who exercised on their own.

A study reported in the Journal of Strength Conditioning Research concluded that static stretching before performing squats lowered participants strength and stability. Dynamic stretching, like jogging in place, keeps you moving to make your muscles limber, increase your endurance, and make you burn more calories.

Instead of adding reps, reach for heavier weights when you are strength training. Going through your routine with heavier weights increases muscle breakdown. Your body has to respond by burning more calories to repair your muscles.

A study from Medicine & Science in Sports & Exercise reported that women who used heavier weights and performed fewer reps burned almost double the amount of calories compared to when they performed more reps with lighter weights. The increased calorie burn lasted for two hours after their strength training session was over.