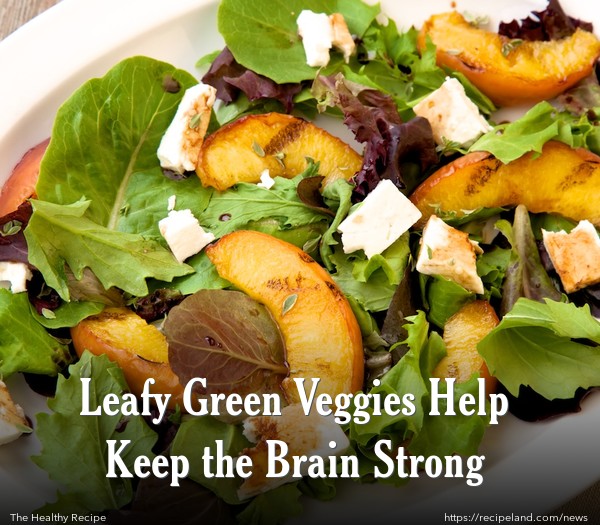 Most people experience cognitive decline as they age, but those who eat leafy green vegetables such as spinach, kale, collard greens, and mustard greens can add certain nutrients that help to slow the aging process in the brain. Vitamin K, which is known to help slow cognitive decline, is a main nutrient in these vegetables.

A new study showed that vitamin K consumption was correlated with a slow in cognitive decline. Martha Clare Morris, Sc.D., from Rush University Medical Center, who led the research team, stated, "Losing one's memory or cognitive abilities is one of the biggest fears for people as they get older. Since declining cognitive ability is central to Alzheimer's disease and dementias, increasing consumption of green leafy vegetables could offer a very simple, affordable and non-invasive way of potentially protecting your brain from Alzheimer's disease and dementia."

The individual nutrients thought to be responsible for slowing cognitive decline include vitamin K, lutein, folate, and beta carotene, which can all help keep the brain healthy. Morris explains, "Our study identified some very novel associations. No other studies have looked at vitamin K in relation to change in cognitive abilities over time, and only a limited number of studies have found some association with lutein."

Morris further stated, "With baby boomers approaching old age, there is huge public demand for lifestyle behaviours that can ward off loss of memory and other cognitive abilities with age. Our study provides evidence that eating green leafy vegetables and other foods rich in vitamin K, lutein and beta-carotene can help to keep the brain healthy to preserve functioning."

Leafy green vegetables are not the only sources of vitamin K, lutein, folate and beta-carotene. Fruit and vegetables which are bright in colour also contain these compounds. Further research should explore the specific mechanisms which are contributing to the prevention of cognitive decline.