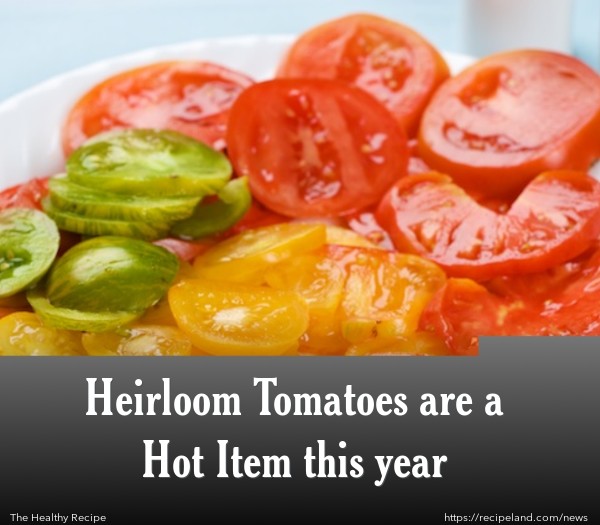 Heirloom tomatoes are a hot item at an Old Town farmer’s market in Palm Springs, California, reports the La Quinta Sun this week.

Tomato varieties that have been in circulation for over 50 years are known as heirloom tomatoes and are from seeds that have been passed down through many generations and grown for traditional family recipes. Each tomato had its own characteristic shape and was bursting with flavor.

Through the years, commonly available commercial tomatoes have lost their flavor and individual uniqueness as they have slowly been replaced with hybrid tomatoes that are grown for their attractiveness. However, heirloom tomatoes are quickly making a comeback and proving the natural beauty theory: "it's what's on the inside that counts!"

However there are still some people who are not so fond of the colors, thicker skins and the fact that they don't stay fresh as long as Hybrid varieties, but many feel that cooking with heirloom tomatoes create the most flavorful and freshest recipes possible including: salsa, tomato salad, pasta sauce, fried green tomatoes, jam, stews and delicious tomato pie. The possibility of uses appear to be endless.

While heirloom tomatoes do perish at a faster rate than hybrids, the thicker skins make a better tomato for drying and the skins are much easier to peel for canning. They can make oven dried tomatoes packed with huge amounts of flavor. After all, these are the types of tomatoes that grandmothers everywhere used for cooking, canning and drying. Hybrid tomatoes just don't taste the same in family recipes that have been passed down throughout the years.

Delhi, India
over 5 years ago

Thank you very much, your Health and nutrition news that’s easy to digest Recipe was very tasty. Your recipe is very easy to follow. Certainly I will share this relationship with my relatives. My family will enjoy it Thanks