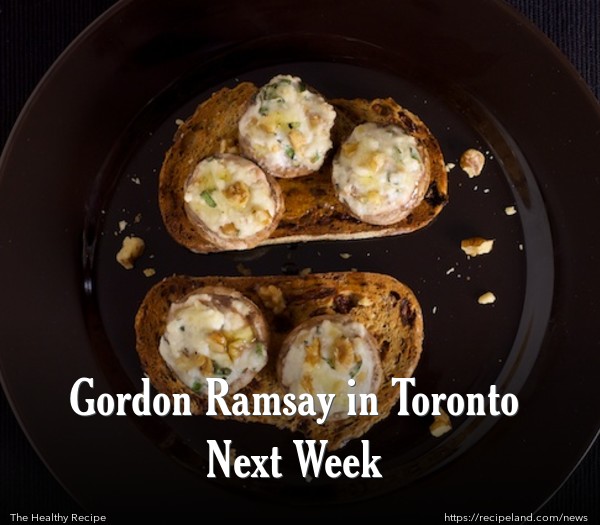 Ramsay has earned a dozen Michelin stars and built a food empire that includes hotspots in Paris, London, New York, Los Angeles and soon Montreal after a recent report he will be buying a Montreal restaurant.

Over 1.3 million of his cookbooks have been sold world wide and his foul language has made him a television star as the host of Hell’s Kitchen, Kitchen Nightmares and Masterchef USA which was recently renewed for a second season by FOX.

Ramsay will be in Toronto on November 20th to host the Chef’s Challenge: The Ultimate Battle for a Cure to raise money for breast and ovarian cancer research at Mount Sinai Hospital.