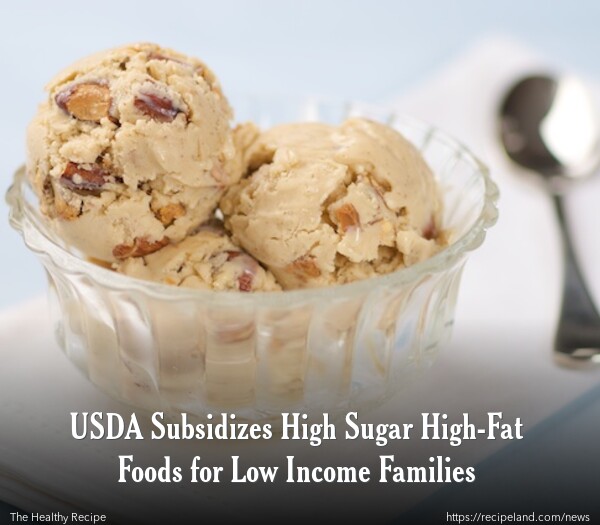 The risk of diabetes among children in low-income families has been well established by numerous researchers.

In 2008 in Texas, 1,402 children 8 to 10 years old from low-income families were found with diets of high energy-dense and low-nutrient dense foods with high levels of diabetes risk according to researchers at the University of Texas at San Antonio and Texas A&M University reports new sources.

An extensive long term study was released by Statistics Canada in August this year. The study tracked more than 17,000 people for 15 years and found that Type-2 diabetes  is significantly more likely to develop in poorer households.

According to the US Department of Health and Human Services, low-income Americans experience disproportionately higher rates of diseases in general.

The U.S. National Library of Medicine reported in the conclusion of one study that “Low-income adolescents consuming high-sugar diets are at increased risk for delivering lower birth weight and SGA infants.”

Last week the U.S. Department of agriculture released data that shows 17 percent of Americans, more than 50 million people live in households that are termed “food insecure”. This means that the family sometimes runs out of money to buy food, or runs out of food before they get more money to buy food.

Newsweek reported last week “the food insecure often eat what they can: highly caloric, mass-produced foods like pizza and packaged cakes that fill them up quickly”. The fact is that lower-income families choose sugary, fat and processed foods because they are cheaper.

A study in Seattle-area supermarkets from 2004 to 2008 showed that food prices on the most nutritious foods rose at nearly double the rate of foods such as white sugar, candy, jelly beans and soda.

These studies, many of which were funded by government agencies, are in stark contrast to the conflicting messages and actions that the U.S. Department of Agriculture is delivering to the American consumer.

In 2004 the Agriculture Department denied a request by Minnesota to prevent the food stamp program from being used to buy junk food such as candy, soda and other junk foods that are directly linked to the rising rates of obesity and diabetes.

The USDA responded with a strongly worded response saying the change would violate the Food Stamp Act’s definition of what is food according to The L.A. Times.

However the USDA’s own food stamp program already limits what types of products can be purchased.

The USDA is effectively subsidizing the purchase of foods that are linked to increased rates of diabetes and other diseases.

They have asked the USDA for permission to prohibit food stamps from being used to purchase soda and other sugared drinks in an effort to curb the growing number of their low-income citizens that are faced with significantly higher rates of obesity and diabetes.

Statistics released last month by the city showed that nearly 40 percent of grade school children were overweight or obese and that rates of obesity are substantially higher in poor areas. Other city studies show that consumption of sugared beverages are consistently higher in those low-income neighborhoods reports The New York Times.

New York earlier this year attempted to persuade the State Legislature to introduce a soda and junk food tax as they aggressively campaign against sugar laden drinks that the city health officials blame for the rising trend of diabetes which now affects 1 in 8 New Yorkers and it twice as common in poor New Yorkers than among the wealthier ones.

The USDA is also responsible through it’s own Dairy Management organization for helping to increase Americans consumption of fast-food laden with additional sources of saturated fat and high levels of salt. This organizational arm of the USDA teamed up with Dominos pizza to develop a new line of pizzas with 40 percent more cheese and created and paid for a $12 million dollar marketing plan to help sell the extra heart disease causing fat to the American public.

Inconceivably a brochure published by the USDA’s MyPyramid.gov offers the following advice, “Make your pizza a veggie with toppings like mushrooms, peppers and onions. Ask for whole-wheat crust and half the cheese.”

To add insult to injury they also used government attorney’s to defend a marketing strategy promoting the notion that people could lose weight by eating more dairy products which has been challenged at completely false. Dairy Management Inc. said the “USDA reviewed, approved, and continuously oversaw” the effort.