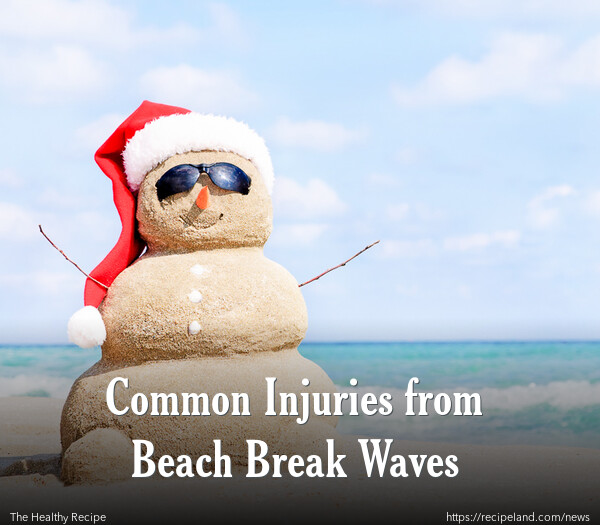 Researchers followed the emergency room hospital visits of people injured at three of the most popular beaches in Delaware – almost 400 cases each year for the past three years.

Surf conditions were also documented from reports of lifeguards on duty at the beaches.

Most injuries were caused by the seemingly harmless waves in shallow water.

A very small percentage of injuries reported were damage to the neck or spinal cord – which can cause paralysis or death in severe cases.

Most of the injuries ranged from minor sprains to knee and ankle joints, sore necks, dislocated shoulders and broken collarbones.

People usually think that it is safe to play in shallow surf, under 1 metre deep, but this study shows us that this isn’t the case. These injuries were caused by getting knocked down into the sand by waves close to shore.

Even in very shallow water along the shoreline, the power of small waves can be shockingly strong – taking even local beachgoers by surprise.

Parents need to take note that children playing in the surf in the shallows are especially at risk for being knocked down – or worse, pulled out to deeper waters by a rip current or larger rogue wave.

A rip current (sometimes called a ripe tide) happens when the current sucks water rapidly out to deeper ocean waters just off shore.

Everyone entering the surf – even in shallow water – needs to know that you never try to swim against a rip current. The water is too powerful to swim against and you will only tire yourself out, making you more vulnerable to drowning.

If you are sucked out to deeper water in a strong rip current, do not fight it. Stay calm, stay above water, and once you no longer feel the current pulling you deeper – swim parallel to the shoreline before trying to swim back to the beach.

Makes sure children know how to react if they get knocked down by a wave in shallow water or lose their footing, and get pulled out to sea by a rip current.

The most important thing is not to panic. If you are too tired or cannot tread water waiting for a lifeguard, the safest thing to do is to float on your back and stay as calm as possible.

Never leave children unattended in even mildly strong surf conditions, and never underestimate the strength of waves that look small from the shore.

Always enter the water in view of lifeguards, and pay attention to any surf advisories or warnings.