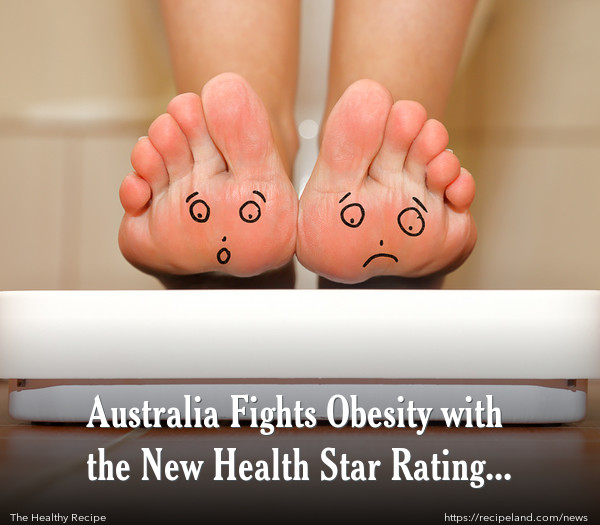 The Health Star Rating system was created to combat the obesity epidemic in Australia.  The Australian Government believes that when consumers follow this new system to make better eating choices, the burden of chronic disease and overweight and obesity issues will be lower.

The Hon. Tanya Plibersek MP, Minister for Health, points out, “Front-of-Pack Labeling will support consumers to make healthier food choices by giving them at-a-glance information about the food they buy.”

The Health Star Rating system will show a star rating scale of ½ of a star to 5 stars.  A slider bar displayed above the star scale will indicate what rating has been assigned to the food contained in the package.  The more stars assigned to a food, the healthier it is.  Kilojoule and nutritional information will also be displayed.

The Hon. Shayne Neumann MP, Parliamentary Secretary for Health and Aging, explained the background of the new rating system.  “Over the past year, the Australian Government has been negotiating with industry, consumer and public health groups to develop an agreed, mutually beneficial Front-of-Pack Labeling system to give consumers at-a-glance information about the food they are buying.”

Neumann also pointed out that the new system was based on advice from experts such as the National Health and Medical Research Council and Food Standards Australia New Zealand.  Market research was also analyzed.

The Australian Government believes that providing consumers with more information about what is in the food they are buying will lead them to make healthier choices.

Diabetes Australia and the Heart Foundation support the Health Star Rating System.  CHOICE, a consumer advocate group, believes the new rating system will make food labels much less confusing. According to CHOICE, consumers can only benefit from the easy-to-understand information that will be displayed on food packaging.

Even though it participated in the development of the new system, the Australian Food and Grocery Council, a representative body for food manufacturers, has voiced some concerns.

Gary Dawson, chief executive of the Australian Food and Grocery Council, points out that a cost-benefit analysis still needs to be done to assess the financial burden the new system will place on the industry.  Dawson said that there are also concerns about how effective the program will really be to change consumer behavior.  The Australian Food Grocery Council still plans to be part of the process to address these concerns.