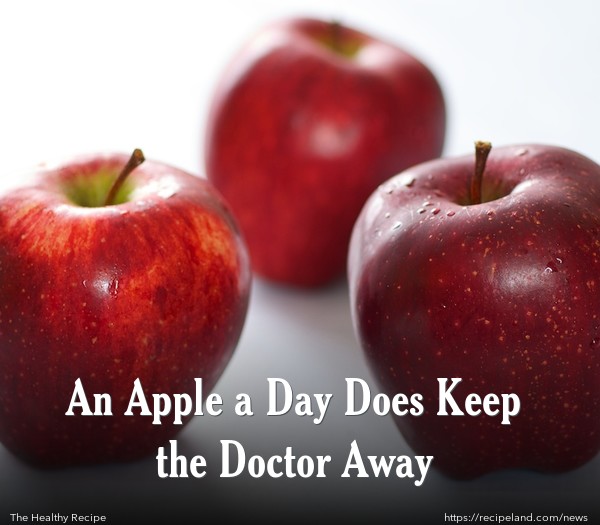 According to the paper, which has been published in the British Medical Journal (BMJ), ensuring each adult over the age of 50 eats an apple a day could prevent around 8,500 vascular deaths each year.

Such deaths include strokes and heart attacks, which are notoriously challenging to recover from. This has a similar effect to giving statins on a daily basis to those who do not already take them.

Thanks to this research, it is possible to claim that the famous public health statement “An apple a day keeps the doctor away” has some scientific evidence behind it. Additionally, eating an apple has far less side effects than the widespread distribution of statins.

According to the researchers, there is no need to stop taking statins if you already have them on prescription. They do, however, state that eating more apples is good for your health.

In the United Kingdom, physicians recommend lifestyle changes as a frontline means of reducing vascular disease risk. In recent years, clinical trials have demonstrated that the widespread distribution of statins can have a positive effect on an individual’s underlying risk of cardiovascular diseases.

It is because of this that public health bodies call for the widespread distribution of statins to all over the age of 50.

A research team at Oxford University decided to use a mathematical model to test the 150-year-old theory that an apple a day can keep the doctor away. To test the theory, they analysed the effects of eating an apple a day versus taking a statin a day.

The test subjects in question were not already taking statins to reduce their risk of cardiovascular diseases. During the study, 70% of the participants complied and the calorific intake maintained a constant average.

According to the Oxford University team, around 5.2 million people are currently eligible for statins and there are 17.6 million people who would be taking them if public health bodies decide to follow widespread distribution rules.

However, while there are benefits to prescribing statins en-masse, there are also pitfalls. It is believed that taking this approach would lead to over 1,000 more cases of muscle disease and 10,000 extra diabetes diagnoses.

According to the paper’s authors, this research demonstrates that the widespread use of statins alongside dietary changes could have a positive effect on reducing cardiovascular diseases at a national level.

This means public health bodies should consider the use of statins while maintaining current advice regarding leading a healthy lifestyle.

Thanks to this research, it is possible to conclude that the Victorians weren’t far off the mark when they began recommending eating an apple a day to keep the doctor away.