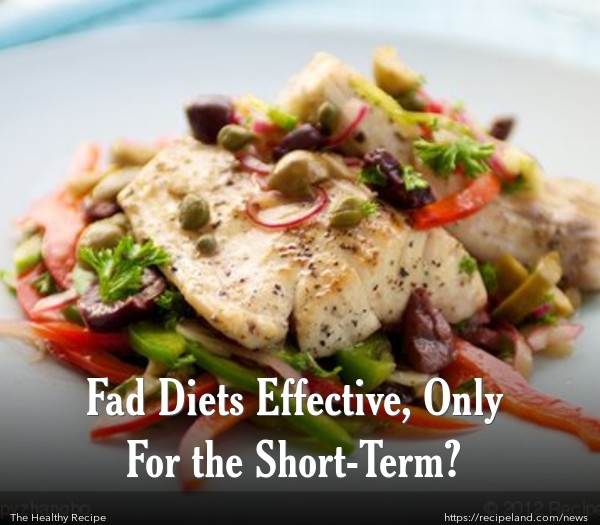 Every new year, as January begins, countless resolutions for weight loss are made. Unfortunately, success is limited, as those resolutions tend to fall by the wayside quickly, rarely seeing the end of the month.

Much of this failure can be attributed to the fact that people tend to choose drastic measures and fad diets, like fasting, carb-free, liquid or juice diets that just too difficult to stick with for very long—and not very nutritional sound, either.

The global epidemic of obesity calls for drastic measures, and there is certainly some benefit noted from most diets, even some of the crazier “fad” diets. But, are the effects long-lasting? How far into the New Year can you expect to last with a fad diet?

At a recent conferences geared toward diet specialists, popular fad diets were reviewed. In particular, the current fad of the “Paleo” diet, or hunter-gatherer food plan, was reviewed—and found to deliver results.

However, it was noted that following this plan which requires one to consume regular amounts of certain foods for five days, with two days per week allotted for consuming only 400 calories. This is often referred to as the 5:2 diet.

Maintaining this diet is difficult. Says Gary Frost, a Nutrition profession at the Imperial College London, "If it was easy, our species would have died out years ago. As humans we have a default to eat." As a result, he cites the overwhelming statistics related to worldwide obesity, claiming people are going to eat more than they should.

Global obesity has grown exponentially in the last 30 years, with the latest figures (from 2008) reporting that over 1.4 billion people in the world are overweight, or have a body mass index greater than 30.

In the United States alone, nearly 40% of adults are considered to obese, with up to 70% being classified as at being over a healthy weight. In the United Kingdom, the statistics are similar, and it is predicted that by 2050, approximately 50% of the entire population will be overweight or obese.

Because of these staggering figures, experts are searching for ways to help people learn new ways of eating healthy, and developing diets that are healthy and can be maintained.

Unless one follows the restrictions of certain diets, it is not likely that any diet plan will be effective.

For some, fasting diets can have good results. These intermittent diet plans can be difficult to maintain, because it is difficult to properly regulate energy levels, but taking in fewer calories several days per week can have good long term results.

For instance, the Paleo diet requires restricted calories for two days per week, with more normal eating plans for the other five days per week. The key to the success is avoiding binging on the “regular” days or days which are not designated for fasting.

As with any diet, moderation is a critical component. Research shows that many people are more likely to take in fewer calories even on the normal days once they begin the pattern of incorporating fasting days to their diet.

The Paleo Diet has become extremely popular, with many people trying the hunter-gatherer method of eating and consuming meals that are intended to parallel the diets of early humans who obtained their food by hunting and gathering, such as during the Paleolithic era.

Acceptable foods include those that can be hunted, fished or picked for. Foods including meats, eggs, fish, fruits and veggies, and nuts or seeds.

Mark Berry, head of plant biology and biochemistry at the consumer company Unilever's research and development unit reported research results that indicated that the Paleo diet did not affect a person’s glucose response, however, there was a significant change in the levels of hormones that tell the body when it is full—which can dramatically affect one’s likelihood of overeating because the brain is being signaled that the stomach is full.

Other high protein diets, such as the Atkins diet, have been studied carefully. This low-carb diet also showed a high level of satiety, which can help those following the diet to lose weight by helping to control their appetite and cravings.

Says Alexandra Johnstone, from the Rowett Institute of Nutrition and Health, "The high satiety effects of increased protein in the diet seems to be a contributing factor to the success of high-protein, low-carbohydrate diets."

She indicated that studies have shown those following these diets can lose about two times the weight within 6 months compared to those simply following a reduced fat diet plan.

However, results at the one-year mark were less favourable, as many did not sustain this type of diet for that length of time, and often gained the weight back once they returned to their normal patterns of eating.

All in all, there is certain evidence to support the short-term effectiveness of many fad diets, including the Paleo diet.

But, the overwhelming message to dieters is there is no magic silver bullet that is going to help them lose weight, it takes discipline and lifestyle changes to improve your health for the long term.

And, according to Joyce Buttriss, of the British Nutrition Foundation, there are many fads that can work, but "there's currently no evidence that one is any better than another in the long term.”