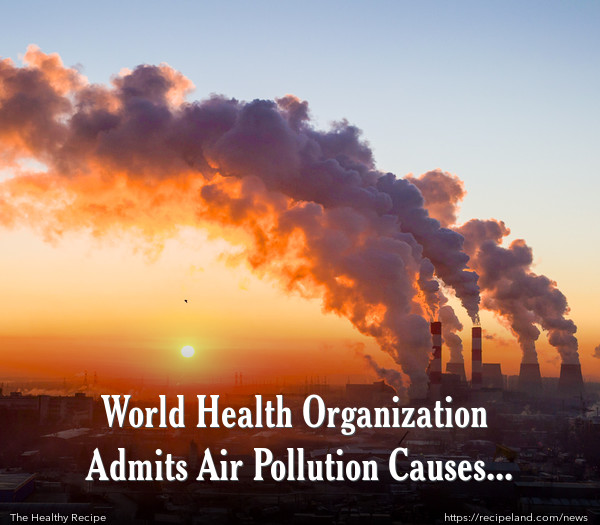 So far, it is believed that over 220,000 deaths have been caused by lung cancer induced by air pollution in 2010 alone. Further to this, there is even evidence suggesting that exposure to pollution can cause bladder cancer.

On a daily basis, we breathe air that is filled with cancer-causing agents, which are also known as carcinogens. Data produced by the International Agency for Research on Cancer (IARC) suggests that hundreds of thousands of deaths occur as a result of this. The WHO has stated that the detrimental effects of air pollution exposure can depend on where in the world you live.

In highly urbanised areas with increasing volumes of pollution, the risk is akin to second hand tobacco smoke exposure.

The causes of worsening air pollution vary considerably. Among these causes are industrialisation, which includes the development of factories producing waste. Agricultural waste is also a guilty culprit, alongside residential heating and cooking, and transport fumes.

As well as increasing the risk of cancer, these pollutants also exacerbate heart disease and respiratory disease risk factors. Some areas of the world are experiencing rising increases due to a combination of large populations and increasing industrialisation. This includes China, where pollution continues to grow in urbanised areas.

In order to ensure clarity, the effects of air pollution has been categorised alongside other carcinogens. Air pollution is now included in Group 1, alongside other noxious substances like silica dust and UV radiation. To put this into context, carcinogens in Group 2B include the radio-frequency waves produced by signalling transmitters and pickled vegetables.

Such carcinogens may be harmful to human health, but there is not enough proof to classify them confidently. In order for carcinogens to enter Group 1 of the scale, there must be significant observable evidence.

Air Pollution in a Global Context

The IARC states that although there are some areas where air pollution is clearly higher—such as North America and Asia—there is a risk to people worldwide. The composition of air pollution as a carcinogen includes materials and compounds that can be found around the world.

This includes the fumes from cars, solvents, dusts, and metals. Now that the WHO is aware of the IARC’s evidence, it needs to revise its 2005 guidelines on air pollution and health. When this analysis and revision occurs, the United Nations (UN) may also need to advise its 193 member states.

Naturally, questions are rising with regards to why it has taken the IARC and WHO so long to make such an admission. In response to this, they have highlighted that there has been a long lag time between the rapid rise in air pollution and the gathering of statistics on cancer.

Further to this, neither can treat correlation as causation, which means observable tests on mice have taken place to firmly confirm the statistical results. Without both sets of data, the WHO could not confidently state that air pollution is a carcinogen.

The lag time required for the IARC and WHO to examine the data is as long as three or four decades, which reflects the increase in transportation, household fuel consumption, and mass industrial waste. With rising levels of cancer in the population clear, there is sufficient evidence for the WHO and UN to begin advising countries worldwide regarding pollution reduction.