What is sushi rice? About the ingredient sushi rice. Including 5 recipes with sushi rice, photos, and where to find it.

Other than wheat rice is the most widely cultivated cereal in the world.  The largest consumers worldwide are China, India, Indonesia, Japan and Bangledesh.

Sushi rice is from the sub-species Japonica and is a short-grain rice with round grains that tend to stick together when cooked due to it's higer starch content.

This round grained rice is also refered to as pudding rice in Britain as it is frequently used to make rice pudding.

Arborio or rissotto rice (also short grained and high in starch) can be used in place of Japanese sushi rice.  Sushi rice clings together when cooked without becoming sticky and heavy.

Sushi rice is usually found in the asian section or aisle of the grocery store or supermarket.

There are 5 recipes that contain this ingredient. 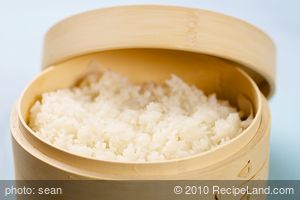 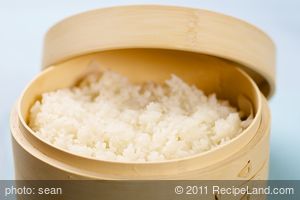