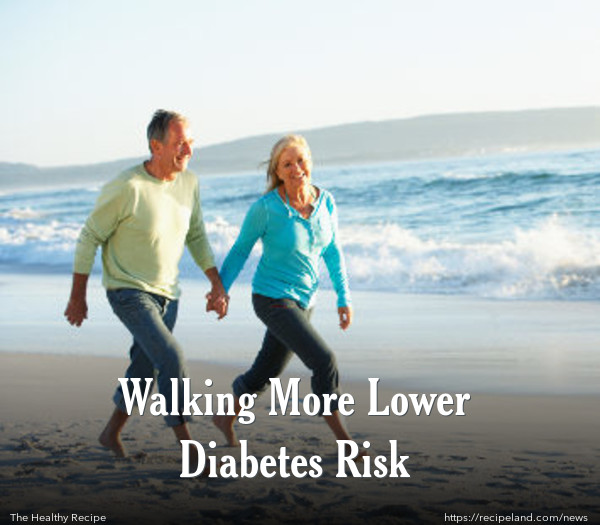 "Think about what you do each day and how you can work in more steps," advises the American Diabetes Association on its website, which recommends taking the stairs instead of the elevator. "You'll be amazed at how these extra minutes and steps add up."

As part of a national study in Australia to measure diabetes levels, experts gave nearly 600 adults a pedometer to measure how many steps they took over two consecutive days in 2000 and again in 2005.

Taking more steps not only burn off calories, but also reduce the chance of becoming diabetic, a new study says.

The study was paid for by the Australian government and pharmaceuticals groups who make diabetes drugs, including Abbott Australasia, AstraZeneca, Bristol-Myers Squibb. It was published Thursday in the journal BMJ.

Participants also completed a diet and lifestyle questionnaire and had their measurements — including height, weight and insulin sensitivity — taken.

It was found that people who walked the most after five years not only had a lower body mass index, but were also more sensitive to insulin and less likely to develop diabetes.

Many governments and health officals recommend people should walk 10,000 steps (5 miles or 8 kilometres) per day. The study authors, from the Murdoch Children's Research Institute in Melbourne, estimated that if a sedentary person increased their daily steps to reach the 10,000 step threshold, he or she would lower their body mass index by almost one point and improve their sensitivity to insulin by three times.