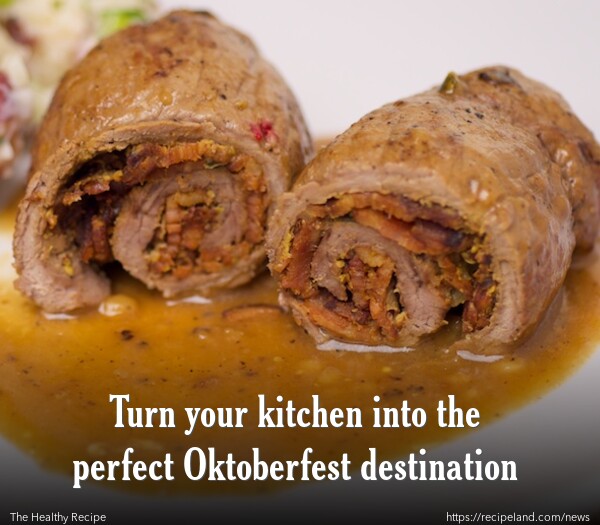 The first Oktoberfest was a horse race held in Munich on October 12, 1810 to celebrate the wedding of Crown Prince Ludwig and Princess Therese. It was so popular with the people that it became an annual event. Munich still holds the largest Oktoberfest in the world with millions of people from all over the globe attending every year!

As Germans began to immigrate to different parts of the world, they brought Oktoberfest with them. With its dense population of German immigrants, Brazil holds the second largest festival in the world at Blumenau, Santa Catarina. Oktoberfest celebrations can be found across the United Sates in Philadelphia, PA; Cincinnati, OH; Denver, CO; and Las Vegas, NV.

The Kitchener-Waterloo Oktoberfest is the largest Bavarian festival in Canada. Most Oktoberfest celebrations feature beer from local breweries and microbreweries as well as delicious, traditional German recipes.

Savory items include: hendl (a whole chicken roasted slowly on a spit), potato dumplings, blaukohl (a red cabbage and apple dish), potato soup, and giant soft pretzels. A variety of sausages such as bratwurst and frankfurters are also served. To satisfy a sweet tooth, black forest cake, dampfnudel (a honey dumpling served with vanilla sauce), and apple strudel can be found.