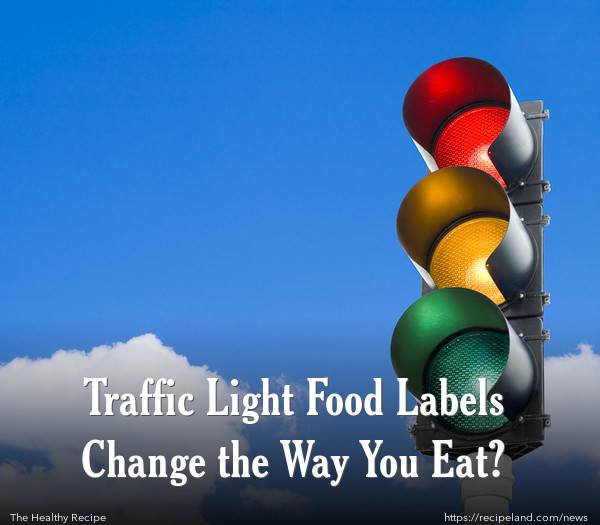 Everyone knows that red means stop, green means go, and yellow means caution, at least when it comes to traffic signals.  Nutritionists are hoping to capitalize on this universal knowledge with a new food labelling system!

This modern system of food labelling making use of the well-known traffic signal colours green, yellow, and red is revolutionizing the way consumers view and interpret nutritional information on food packaging.  This new system, commonly called Traffic Light Labelling, has been recently put to the test to see if it has an actual effect on the foods consumers chose to buy.

Shoppers are encouraged to choose foods that have green labels most often, as these are the healthiest foods.  Foods with yellow labels can be eaten most of the time.  However, foods with red labels should be avoided or eaten only occasionally.

In order to test the real-life impact of the Traffic Light Labelling, Massachusetts General Hospital researchers used the colour coding systems to label foods that were available within the hospital cafeteria.

They also placed signs around the cafeteria to explain the new system and encourage diners to purchase foods bearing the green labels most often.  These signs also discouraged diners from buying foods with red labels.  The cash registers then made a record of each purchase to track how many items from each colour had been sold.

Researchers also conducted a series of surveys amongst cafeteria diners about their food purchases.  Diners were asked:

-What influenced the food they chose

-How often they bought healthy food

Diners were first surveyed one month before Traffic Light Labelling appeared in the cafeteria with these results:

Two months after the new labelling systems were put into place, diners were surveyed again.

-Diners who reported seeing the new labels on food packages bought more green-labelled items than those who did not notice the new labelling system.

Lillian Sonnenberg, DSC, RD, LDN, of the Massachusetts General Hospital Nutrition and Food Service is co-author of the report of this study which recently appeared in Preventive Medicine.  According to Sonnenberg, “Several small, experimental studies have suggested that ‘traffic light’ labels can be an effective method of promoting healthier choices, but there have been few real-world studies of customers’ perceptions and purchasing behaviours in response to this type of labelling...Our results suggest that these labels are an effective method for conveying information about healthy and unhealthy choices and for prompting changes in purchasing behavior.”

Sonnenberg went on to say,”Although we haven’t directly compared these ‘traffic light’ labels to other systems, we can say that these labels appear to be more effective than the standard nutritional labeling available on packaged products.  The strategy is simpler for customers to understand at the point of purchase and, once the appropriate labels for each item are determined, is relatively easy to implement.”

It is interesting to note that the new colour coded labelling is easy for consumers to understand no matter their literacy level, to include children who have not learned to read.