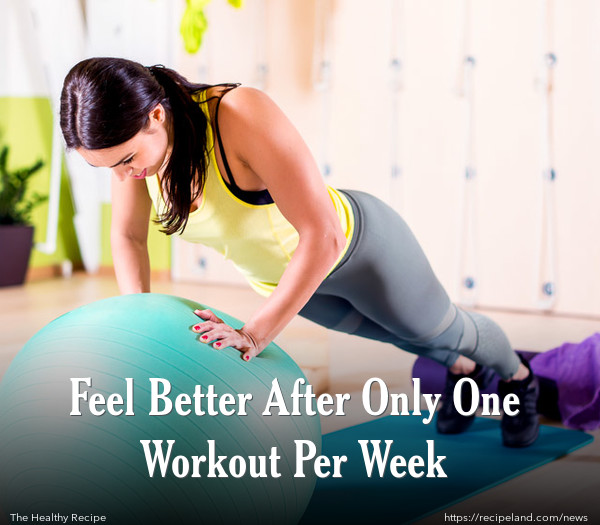 A recent study conducted at the Institute of Stress Medicine and the University of Gothenburg in Sweden, and published in BMC Psychiatry, examined nearly 70 men and women who were being treated at the time for stress-related exhaustion.

The study, which was conducted over an 18-month period, accepted participants with mild to moderate depression, anxiety or burnout. None of the participants exercised. Results showed that working out, even if it is just once per week, can improve your mood and reduce your stress.

At the beginning of the study, participants were instructed regarding the benefits of exercise, and they were offered access to a walking program run by a coach, which also included some light strength training. After several weeks, the structured program ended and they were not directly followed regarding their exercise habits.

Researchers followed up with participants 6 months, one year, and 18 months after the study began. Information was gathered at each check-in regarding the participants’ activity levels and their mental health.

At the end of the study, 21 out of the 69 participants were regularly exercising 3 or more times per week. Another 22 people were exercising at least once per week. The rest of the group (26 members) were not exercising at all.

Researchers examined the participants for depression, stress, and job burnout in each group, and found that the two groups who participated in some physical activity, at least once per week, had reduced their scores on the tests of depression and burnout by approximately 50%.

Researchers concluded that exercise, even if it is only once per week, can have a significant impact on a person’s mood, and it needs to be incorporated into all mental health treatment. Whether it’s job burnout or winter blues, or true depression, squeezing in a little physical activity can certainly help.