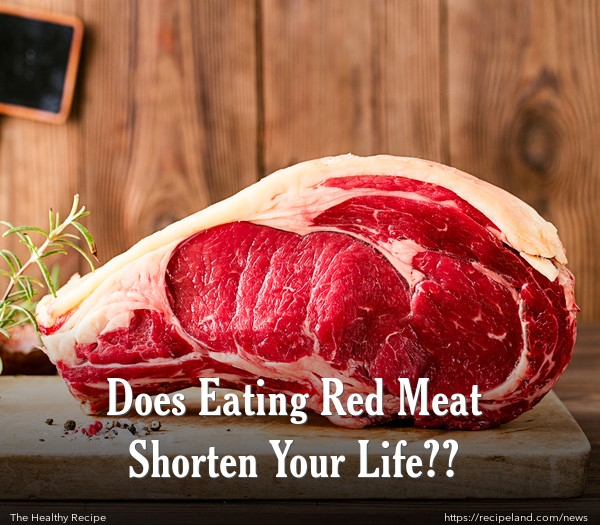 This may come as a surprise to many meat lovers, but a new study published in the American Journal of Clinical Nutrition suggests that there may be a connection to increased mortality and eating red meat.

The study, which examined nearly 75,000 men and women in Sweden over the course of 15 years, examined the connection between eating red meat and decreased lifespan. Each participant completed a questionnaire regarding their dietary habits, smoking, physical activity, alcohol and other lifestyle factors.

Regarding red meat consumption, nearly 100 items on the questionnaire were related to the frequency and type of red meats that the participants ate. Both processed (e.g., sausage, hot dogs, cold cuts) and unprocessed (fresh pork, beef and veal) meats were assessed. Survival rates were calculated based on the total amount of red meat consumed.

During the 15-year-long study, over 16,000 of the participants died, which is approximately 20% of the population being studied.

When these results were compared with a control group who never ate red meat and those who ate 300g per day (about 10.5 ounces), it was noted that the average lifespan of the red meat eaters (both processed and unprocessed) was about two years shorter. Even shorter lifespans were noted for participants who consumed large amounts of processed meats.

Processed meat is thought to have a greater negative effect on lifespan because it does not contain the nutrients that are found in unprocessed foods. Unprocessed red meat does contain large amounts of zinc and protein, which are both important for good health. When processed, chemicals are added, including sulphites, that could lead to negative health effects.

If you have been considering cutting back on red meat, now might be a good time to put that plan into action. Even if you do like to eat red meat and do not want to give it up entirely, steer clear of processed versions, and enjoy high quality, lean red meats more sparingly than you may have been accustomed to.

Further research is needed to determine the specific connections. Opt for organic whenever possible!