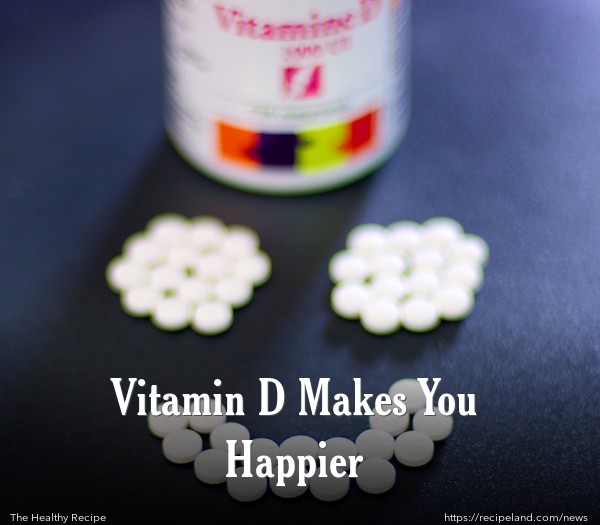 Yet another study reveals that adding vitamin D supplements can help elevate mood and reduce depression.

The American Diabetes Association presented research on the positive effect of a single weekly 50,000 doses of vitamin D in women with symptoms of depression and type 2 diabetes.

These women were deficient in vitamin D, meaning they were not producing enough of this mood boosting vitamin on their own. After they began taking vitamin D supplements, the women in this study reported feeling less fatigue and better overall mood.

A separate 2012 study found that women with clinical depression who added supplements of vitamin D to their daily antidepressants reported fewer symptoms of depression as well.

One study of elderly primary care patients found that “those with severe deficiency were older and more likely had depression.”(2)

Supplements aren’t absolutely necessary if you make sure you get enough vitamin D naturally.

Our bodies are capable of producing all of the vitamin D we need in order to keep our spirits up by simply getting outside and soaking in some rays at least a few times each week.

“Most vitamin D is produced in the body by exposure and penetration of the skin to ultraviolet B (UVB) radiation from sunlight. In a fair-skinned person, adequate amounts of vitamin D should be generated after twice weekly exposure of the arms and legs to direct sunlight for 5–30 min. Following penetration of the skin, solar UVB radiation converts 7-dehydrocholesterol to pre-vitamin D3, which is rapidly converted to vitamin D3.”(1)

Unless you eat very oil fish on a regular basis, though, it is difficult to get enough daily vitamin D from diet alone. If you choose fish oil or vitamin D supplements, choice vitamin D3 since it is three times stronger than vitamin D2.(1)

Healthy vitamin D levels also help the body absorb the right amount of calcium. This is especially important for women who take calcium supplements in hopes of maintaining bone density and avoiding osteoporosis later in life.

Recommended daily dosages of vitamin D3 supplements are 200 IU for children and adults up to age 50, 400 IU for adults aged 51-70 and 600 IU for adults over 70 years old.(1) People who already have vitamin D deficiency may require a higher dosage.

Speak with your doctor or health care provider about whether or not you need additional vitamin D supplements, or if you are interested in adding them to antidepressant medications that you are already taking.