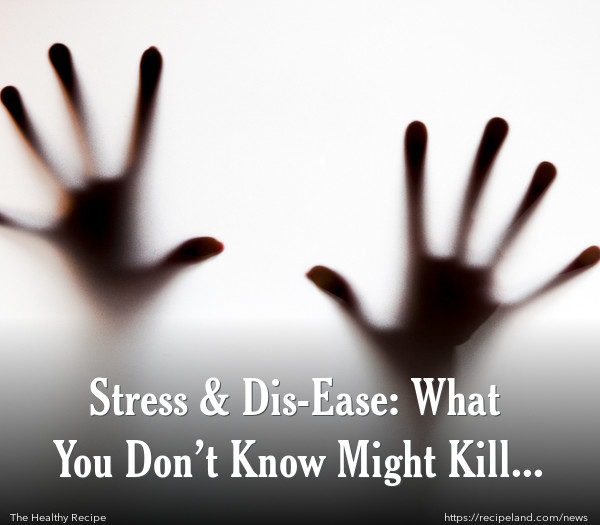 The stress response is an important part of human evolution and biology. You may have heard of “fight or flight.” When we are faced with a threat, either real or perceived, a surge of adrenaline, catecholamine and other chemicals are released to give us the extra energy and strength we need to run away from danger or fight off an attacker. This adrenaline rush also helps us respond to emergencies.

It’s a great built-in mechanism for survival – especially thousands of years ago when humans were faced with very real threats like being attacked by ferocious beasts.

The human stress response can still be considered a very positive part of our biological make-up. But times have changed, and modern day stressors can trigger the same chemical reaction due to stress without major threats to our lives.

Anxiety disorders and post-traumatic stress disorder are examples of our nervous systems responding inappropriately to stress – where patients are often stuck in a state of constant stress and fight or flight response.

The modern world is filled with stressful nuisances like traffic jams, computer crashes, hectic work schedules and arguments. Stress can be a great motivator for getting a project in on deadline, but more often than not, modern every day stress can wreak havoc on our health.

From the heightened stress of caring for elderly parents, small children or disabled loved ones, caregivers are one group of people whose overall health has been researched.

Elderly caregivers of spouses suffering from stroke or dementia were found to have poorer immune responses to influenza virus, slower wound healing, and a great risk for developing hypertension and coronary artery disease.(1)

This study found that their increased risk for death – over 60% higher than non-caregivers – is likely due to an increase in inflammation caused by extra chemicals released in the body from chronic stress.

“It is clear from both animal and human studies that exposure to chronic stress and an individual’s behavioral or physiological response to those stressors is relevant to their health.”(2)

Chronic stress can lead to endocrine dysfunction as well as obesity and metabolic syndrome, which are risk factors for diabetes, stroke, and heart and liver disease. Chronic inflammation puts us at higher risk for developing cancer and having weaker immune systems.

When we are under prolonged stress, it’s common to feel wiped out – lethargic and fatigued, as well as more irritable, less alert and less able to focus and concentrate.

Our brains and nervous system need to time to unwind from stressful situations, but the modern world seems to have a steady stream of stressors waiting around every corner. When we are so out of balance that we can’t relax or remove unnecessary stress from our lives, our brains and bodies start to suffer.

Illness and disease have always been present in human history, but in the post-industrial revolution, technological age that we live in now - stress must be understood as a major player in modern diseases.

Occasional over-work and sleep deprivation are a common occurrence for most adults these days. The “time is money” mentality drives us to work longer hours and take on high stress loads in order to make more money and buy more stuff.

What most people report to be the most important things in life are health, happiness and prosperity. Without our health and happiness, though, wealth becomes a trivial issue.

Modern industrial countries emphasize that success is measured by socioeconomic status – the more we have, the richer we are. Bigger houses, newer cars, and expensive possessions have come to define our idea of “wealth.”

Many of us consciously choose to take on more stress, to accept the promotion or take on a second job, for more money and financial success.

Granted, if our families’ basic needs are not being met, there is no alternative but to do whatever it takes to have our children fed and clothed and keep the lights on. But for those of us who have our basic needs met and choose to over-work and over-stress ourselves, consider this – stress can, and does, kill.

There is an epidemic in Japan, one of the most productive industrialized nations in the world, which is literally killing people from too much stress.

Karoshi translates to “death from over-work,” and is a growing problem in Japan, where factory employees often work up to 80 hours of unpaid, undocumented overtime every month.

“Since this was legally recognised as a cause of death in the 1980s, the number of cases submitted to the government for the designation has soared; so has the number of court cases that result when the government refuses an application. In 1988 only about 4% of applications were successful. By 2005 that share had risen to 40%. If a death is judged karoshi, surviving family members may receive compensation of around $20,000 a year from the government and sometimes up to $1m from the company in damages. For deaths not designated karoshi the family gets next to nothing.”(3)

Karoshi has been described as the modern day hara-kiri because husbands and fathers are working themselves to death for the interest of their employers and the financial welfare of their families. There a hundreds of cases of young and middle-aged men collapsing from massive heart attacks when the combination of sleep deprivation and very high stress levels become lethal.

“Hard work is respected as the cornerstone of Japan's post-war economic miracle. The value of self-sacrifice puts the benefit of the group above that of the individual.”(3)

Karoshi may be an extreme example of the result of modern day stress, but it is a relevant one that shows how we have grown used to jeopardizing our own health for the benefit of others.

In the study of elderly caregivers, support from others was a key part of their overall health. Those who had the emotional support from relatives and friends had better health and lower risks for disease – they also lived longer than caregivers without a support system.

This is another valid observation of stress in the modern world. We live in an age of communication technology - we can talk, email and Skype people from opposite sides of the globe.

But many people feel more isolated than ever. Multigenerational households are far less common than they were fifty years ago. Life in cities and suburbs have largely replaced small towns and communities where residents had more support from neighbours and friends.

High stress levels can be relieved, our emotional burdens can be lightened, when we have caring people who surround and support us.

How do we balance our lives in a world that has become more money driven and isolating? How do we keep excessive stress at bay in order to maintain good health?

Everyone should look at their own lifestyle and evaluate their personal priorities. Find areas of your life that are highly stressful and consider the long term negative health consequences of chronic stress. Think about how you can make small changes to lower your stress levels, blood pressure and disease risks.

When ordinary stress cannot be avoided, find healthy stress management options to keep your body in balance and reduce the risk of chronic stress leading to deadly diseases.

Regular exercise and relaxation techniques such as meditation, yoga or Tai Chi are all great ways to reduce stress. You may have a favourite sport or hobby that relaxes you – make time to do it more often. Reach out to others when you need support or someone to talk to, and learn to take care of yourself – especially if you are responsible for caring for others.

In our caffeine driven, productivity minded culture, remember how vital it is to get enough sleep so your body and mind can rest and recharge.