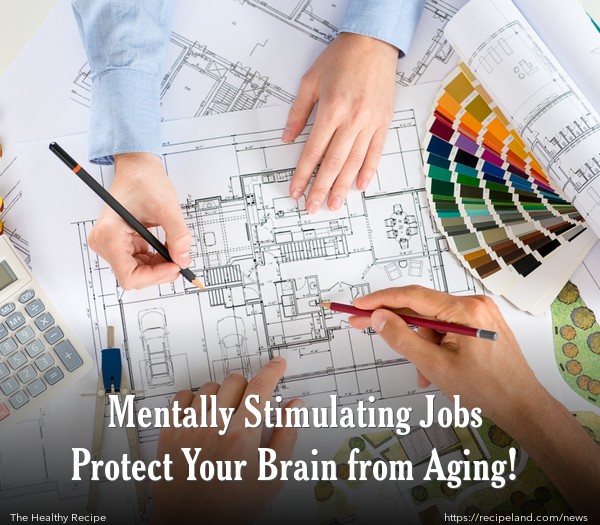 People who have jobs that require them to use their brains may be more likely to preserve cognitive functioning as they age, according to a recent study. Long after a person retires, they may experience the benefits of having a mentally stimulating job.

The study, conducted at Colorado State University explored the problem solving capabilities of older adults, as well as their abilities to plan and process information.

Data was collected from over 4,200 subjects. Beginning as early as age 51, surveys were used from a federally funded project exploring health patterns and problems in retired individuals. After filling out the initial surveys, participants were interviewed every 24 months regarding their job duties, and assessed their problem solving, memory, creative thinking and reasoning skills.

Between 1992 and 2010, most participants were interviewed on approximately 8 separate occasions. The types of jobs held by the participants varied widely, and most had been employed in the same industry for at least 25 years prior to their retirement.

Results indicated that people who held jobs that were more mentally stimulating maintained higher cognitive functioning as they aged, and it remained steady both before and after they retired. Jobs that were seen as most beneficial for preserving cognitive function included those jobs that require information gathering and synthesis. Obvious jobs would be attorneys, doctors, teachers or financial analysts.

However, the benefits are not necessarily limited to only these fields. People who manage many employees or direct major projects are often able to retain their cognitive function because their positions are mentally challenging and stimulating. People who work in positions that require repetitive work that lacks complexity, such as assembly line positions, may be at the greatest risk for cognitive decline, since these types of positions often lack the same level of mental stimulation found in other positions.

At the time of retirement, there were no dramatic differences between people who held mentally stimulating jobs and those who held more repetitive or monotonous jobs, but, the major differences were seen when cognitive decline and memory were assessed about 15 years after the person retired. Researchers controlled the groups based on education, health and socioeconomic status. Those who had held mentally stimulating positions scored greater, 50% higher than their non-stimulated counterparts.

By increasing the mental workout of the brain at a stimulating job, more neurones are actually created during the years that a person is employed. As the aging process kicks in, people with better brain function are going to be less affected by the neurone loss that is associated with aging, leaving them with better memory and reasoning skills. This is effectively a “use it or lose it” type of theory.

What should you do if you do not have a mentally stimulating job? Not everyone can be a doctor or lawyer! But, fortunately, there are plenty of ways that you can exercise your mind during your midlife years to preserve cognitive function later on in life.

Activities such as volunteer work, book clubs, playing games, reading, puzzles, attending lectures, exercising and socializing with friends can all help to preserve cognitive function as we age. Keeping the mind active is the key. Also, it is thought that having mentally stimulating hobbies may be just as effective as having a mentally stimulating job, when it comes to preserving brain function later in life.