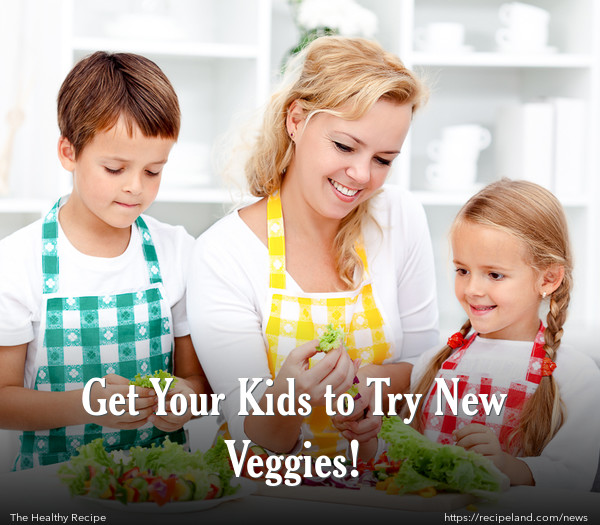 Getting children to eat their veggies is a common problem plaguing parents. But, for those who try to use flavour pairing, offering something to go along with the “detested” vegetables, can often lead to success!

While splashing on cheese, ranch dressing, ketchup or peanut butter may be the go-to tricks for most parents when it comes to getting their kids to eat more veggies, many are criticized. As it turns out, this might be a great strategy for getting kids to think more highly of veggies in general!

A new study at Arizona State University found that even preschoolers ate more Brussels sprouts when they were offered with a side of cream cheese. After eating them with cream cheese, they even tended to eat more when they were served plain at a later date.

The idea of the flavour pairing is known as “associative conditioning,” and it can be helpful for many scenarios, including getting both children and adults to eat larger amounts of fruits and veggies.

The idea is to join up something a person likes with something they might not like, with the hope that they will develop a liking for the disliked item when paired with a favourite.

Elizabeth Capaldi-Phillips, a psychologist and one of the authors of the study states, "This has the potential to change the eating habits of children, including eating more vegetables, and this in turn will affect childhood obesity."

This study, which was published in the Journal of the Academy of Nutrition and Dietetics analyzed the eating habits and views of 11 different vegetables. Mothers and fathers of 29 preschool-aged children indicated whether or not their children liked or had ever tried the vegetables.

Most of the children in the study had never tried cauliflower or Brussels sprouts, so these were used as the primary vegetables for change. Each child was offered the two vegetables each day for a week.

The veggies were boiled and offered plain, with cream cheese (unsweetened and sweetened varieties) on the side. Following this presentation, each child was offered the same veggies without any accompaniment.

The children were significantly more likely to try the cauliflower and Brussels sprouts when offered plain after they were offered with the cream cheese accompaniment.

Previous studies have suggested that it takes 8-10 exposures for a child to become accustomed to the taste of new foods, particularly vegetables. During this study, children were willing to try the new vegetables willingly (and plain) after only 7 exposures.

If this flavour pairing strategy is successful for foods that most children are not willing to try, it has potential to work for many other kinds of foods, too.

"Children develop food preferences at a young age, yet tend to be really picky at this age, so it's important to sustain healthy habits which will persist into adulthood," says Devina Wadhera, another researcher in the study.

Parents have a responsibility to expose their children to a variety of healthy foods, and find ways to help them learn to accept the new foods.