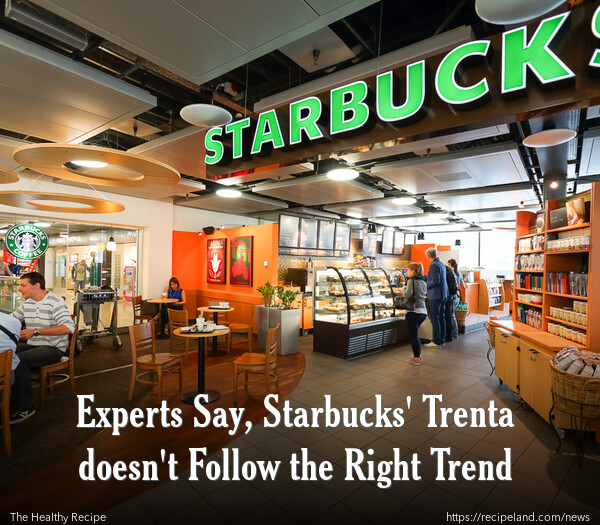 Starbucks recently launched a new 31-ounce drink, trenta. The weight-loss experts say, the drink may be an excellent form of product marketing but it's a terrible form of nutrition, according to Los Angelas Times.

Large portion sizes is one of the reasons why so many Americans struggle with their weight, Bartfield said in a news release on Monday.

Dr. Jessica Bartfield of Loyola University Health System in Chicago is one of the experts who say that the trenta encourages people to eat even larger portions of foods instead of reducing the portion.

A graphic published by Canada's National Post tells that the trenta can hold more liquid than the average person's stomach.

Extra caffeine hasn’t been pointed out. In general, a cup of coffee is 6 to 8 ounces. So the trenta will be about four to five times more than that amount.