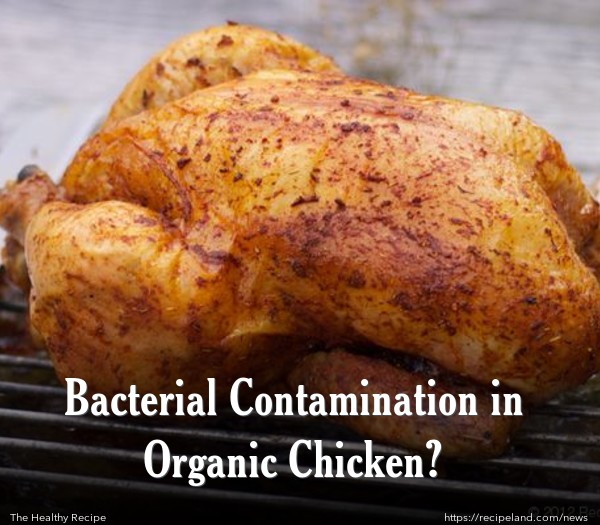 Spending extra money on organic meats is a popular splurge at the supermarket, as people think they are making a healthier choice. But, one study suggests there may still be issues with bacterial contamination.

For those committed to eating the healthiest foods they can find, organic chicken seems like a great choice. However, recent research may prove this to be a bit of a problem. The results of a recent study indicate that organic chicken may be more contaminated than regular farm raised or factory raised chicken, and may even contain some strains of antibiotic resistant bacteria.

In a study published in F1000 Research, nearly 200 samples of chicken were examined from stores in and around the New York City area. Samples ranged from organic, to antibiotic-free, to kosher and traditionally packaged chicken breasts found in the average grocery store.

When the samples were evaluated, it was determined that around 60% of the chicken that was labeled as “organic” was found to contain high levels of E. coli bacteria, and were the strains that were found to be antibiotic resistant. Chicken labeled as kosher showed even higher amounts of the bacteria, with nearly 80% of the Kosher samples presenting with the bacteria.

Surprisingly, the traditionally packaged, ordinary chicken breast samples were found to have the lowest bacterial content, but, at just over 50%, the frequency of bacterial presence is still considered to be rather high.

Although this study was somewhat limited in size and scope, it does indicate that there may be system-wide issues with the production and preparation of chicken that is sold in stores. According to Keeve Nachman, Ph.D., Director of the Food Production and Public Health Program at Johns Hopkins University, consumers should be careful and aware that "It's a long continuum from the production of an animal to what you pick up at the store, and, there are a lot of opportunities for cross-contamination."

Issues arise from many sources. Prior to the processing of organic chicken, poultry processing plants must thoroughly clean the entire facility. Because of the difficulty of this process, and the room for significant error, plenty of bacteria can land on the organic chicken during processing.

Additionally, even organic chickens may receive antibiotics before hatching from the shell, and even on their first day of life. This is one contributor to the antibiotic resistance that is often seen. The most common antibiotic used, gentamycin, is the one most often seen on the list of those that the E. coli strains are resistant to, for both organic and non-organic samples of chicken tested.

Researchers are careful to caution consumers that these results should not necessarily deter them from seeking out organic meats, as in general, organic and antibiotic-free meats are still generally better for consumers as well as the surrounding communities, because of the reduced environmental impact.

As long as you are always careful to cook your chicken properly and thoroughly, always to an internal temperature of at least 165 degrees Fahrenheit, and keep raw chicken away from other foods, then the risk of problems related to bacterial contamination is quite low.