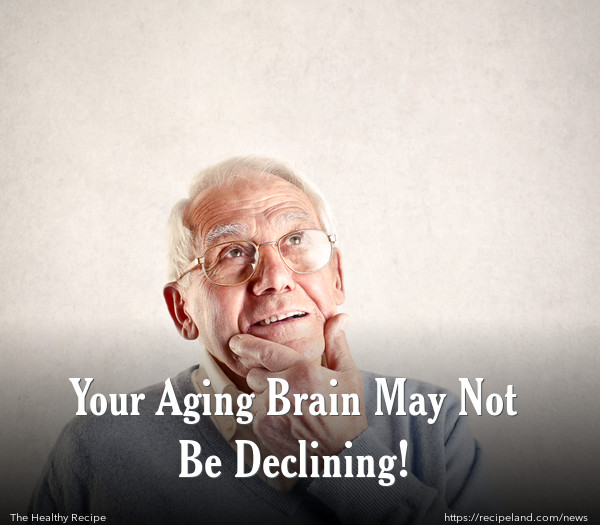 Be careful to not assume that your brain is getting slower as you age! Just because you keep misplacing your keys, you may not be losing your mind. Instead, with so much information and knowledge to process, things just take longer!

Many believe that our brains lose the capability to work quickly as we age. New research shows that this may not actually be related to a specific decline in cognitive ability, but instead due to the fact that our brains contain more and more information as we age, requiring a greater amount of time to process new information and knowledge.

A study conducted at Tuebingen University in Germany developed a method of programming computers to replicate cognitive processes in humans. The computers were “trained” to acquire a small amount of new knowledge each day.

Ultimately, it was determined that the computers, when given “cognitive tests,” performed much like a young adult would. When the computers were programmed to access unlimited amounts of new information and data, as would be comparable to the cognitive information contained within the brain of an older adult between the ages of 60-70 years, the processing by the computers became slower.

Although the computers cannot experience true cognitive decline, sorting through the sheer volume of data slowed down the process. The results of this research give hope to those worried about cognitive decline as our brains age.

While normal aging is expected to cause some degree of cognitive decline, it may be more accurate to use the phrase “older and wiser” when describing the slower processing that accompanies aging.

Dr. Michael Ramscar, one of the lead researchers, states, "A certain amount of slowing is simply the price we pay for a rich set of memories and the benefits of wisdom."

The normal aging process is not to be confused with true cognitive deficits and declines that are symptoms of Alzheimer’s disease or dementia.

There have also been studies that have confirmed that there is a shrinkage of both the gray matter and the white matter in the brain as we age, but significant brain matter loss is definitely not part of typical aging process and more associated with dementia.

Ramscar concludes that some degree of absentmindedness may accompany aging, but if the symptoms are significant or interfering with the activities of daily living, further evaluation is warranted to rule out the serious problems of dementia or Alzheimer’s.

But, for those growing older and merely forgetting things occasionally, this should come as welcome news—older participants were more patient and made better decisions than their younger counterparts. Older may be wiser!