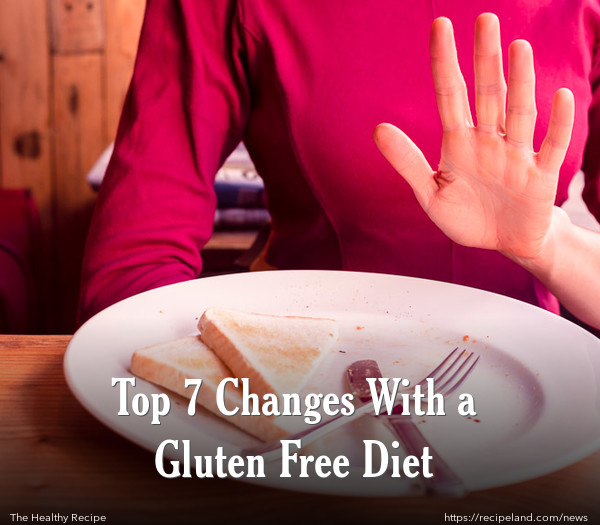 With the war on carbs in full swing, many people are consuming less bread than ever. About 100 million Americans claim that they are trying to consume less gluten, or eliminate it completely.

Even though only about 1% of the population truly has celiac disease, which is a serious digestive problem that is exacerbated by eating gluten from wheat, barley, and other types of grains, removing gluten is becoming more popular.

Gluten-free foods are a billion dollar industry, and only getting bigger. Alessio Fasano, founder of the Centre for Celiac Research at Massachusetts General Hospital and the author of Gluten Freedom, claims that this trend will not be slowing down. Says Fasano, “Unlike other fad diets, there are actually people who need to consume gluten-free foods for medical reasons, so they’ll always be available.”

If you don’t actually have celiac disease, you may be wondering if gluten free is still a good option for you. Giving up gluten means giving up many of the junk foods and unhealthy snacks that you might be used to. This could be a good reason to give up gluten.

Fasano adds, “But that’s not what the vast majority of people do. Most people embrace the consumption of gluten-free products such as pizza, pasta, beer, and cookies, and therefore going gluten-free isn’t better for you and in many ways can be worse.” But, there are some claims that are in favour of giving up gluten, celiac disease or not.

Here are 7 things that you can expect to happen if you give up gluten:

1. Your Weight Loss Goals Will Not Get Easier!

Just because you are eating gluten free foods, you are not eating calorie free foods. Interestingly, many of the gluten free versions of foods have more calories than their typical counterparts. They also may contain more sugar, more sodium, and more fat. This can be to make up for the missing gluten, which changes the taste and texture of foods when it is removed.

People who eat gluten free diets also may mistakenly believe that these foods are better for you. If you do choose to give up gluten, make sure you are getting enough fruits, veggies, and lean protein instead of just replacing gluten snacks with gluten free versions.

2. You May Pay More Each Week for Groceries!

Gluten free foods tend to be far more expensive than their regular counterparts. In fact, buying gluten free foods like pretzels, pasta, cookies, and crackers will typically boost your grocery bill by 30% or more.

A study in the Journal of Human Nutrition and Dietetics reported major changes in price. “Gluten-free foods are more expensive to make because they use special grains, and manufacturers have to follow specific procedures to avoid cross contamination,” says Fasano.

3. You May Have More Stomach Aches!

It’s already difficult for many people to get enough fibre in their diets. At least 90% of Americans don’t get enough (25g for women and 38g for men, daily). Because foods made with whole grains tend to account for about 44% of the average American’s fibre, opting for eating less whole grains can make it more difficult to reach the recommended daily limits.

Fasano explains, “Fibre feeds our microbiome. Butyrate keeps the intestines healthy and functional, so when there is not enough of it you’re more susceptible to developing inflammation in the gut, irritable bowel syndrome, stomach cramping, and more.” It is important to get gluten free fibres from beans, legumes, vegetables and brown rice.

Taking out wheat, barley, and rye will not only eliminate gluten, but also reduce many important nutrients that help give you energy, like iron, fibre, folic acid, zinc, vitamin D, and more.

Fasano stated, “When we have to put someone on a gluten-free diet because of celiac disease, we only do it with the supervision of a dietician to make sure they make up the nutrients they’re missing. There’s no question that if you do it on your own without paying careful attention to filling in those gaps, you can develop a nutrient deficiency.”

You might notice hair loss, weakness, mood changes, missed periods, constipation and major fatigue if you have a nutrient deficiency.

5. You Will Eat More Arsenic!

Removing gluten based ingredients from foods requires manufacturers to substitute rice products. Rice is a major source of inorganic arsenic, which is found in fertilizers, soil, and water, and can lead to increased risk of lung, bladder, and skin cancers, as well as heart disease and diabetes, according to a study reported in Consumer Reports.

6. You Can Possibly Increase Your Risk of Cancer!

Gluten free diets, like the Paleo Diet, which also encourages grain and gluten free eating, can make you eat more meat. When you add this much protein to your diet, you may increase your risk of cancer.

People with celiac disease will definitely feel better when they go gluten free. But this is only about 1% of the population. Another condition, known as nonceliac gluten sensitivity (NCGS) does not show up on medical tests, but when these people consume gluten they show symptoms including GI distress, foggy thinking, and depression.

Fasano states, “We’re just beginning to understand the many different ways that gluten can affect the body. One of the most fascinated yet poorly understood issues is the relationship between gluten and the brain.”

Choosing to go gluten free is something that should be done carefully. While some claim there are significant health benefits, there is likely to be no good reason to go completely gluten free without a diagnosis that warrants it. Make sure you consult with a doctor or dietician before adopting any strict dietary limitations.