Thanksgiving - "Nothing tastes better than a homemade stuffing" 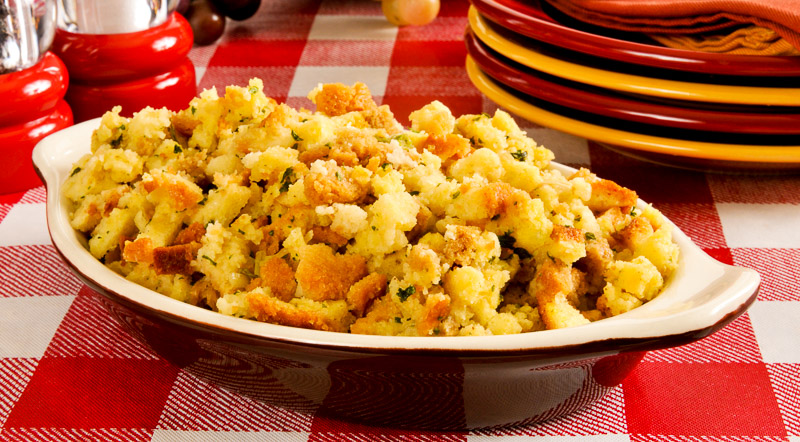 Around the holiday seasons, you always see commercials that revolve around family dinners.

Around the holiday seasons, you always see commercials that revolve around family dinners. The most popular one I saw this season was for an easy-to-make turkey stuffing.

Two older sisters we’re helping each other out in the kitchen when one of them asked the other to try the stuffing she had prepared. Before tasting the dish, the one adult remarked how bad her sister’s stuffing usually is.

But she instantly fell in love with the new stuffing that was prepared for dinner. When the character’s sister came back, she asked how she made the stuffing and the other character noted that it came from a box.

My point is, whatever happened to making stuffing from scratch? Nothing tastes better than a homemade stuffing because along with the great taste, it’s healthier for you.

So instead of searching grocery aisles for the best box stuffing, try some of these simple recipes that will make you forget about Thanksgiving commercials.