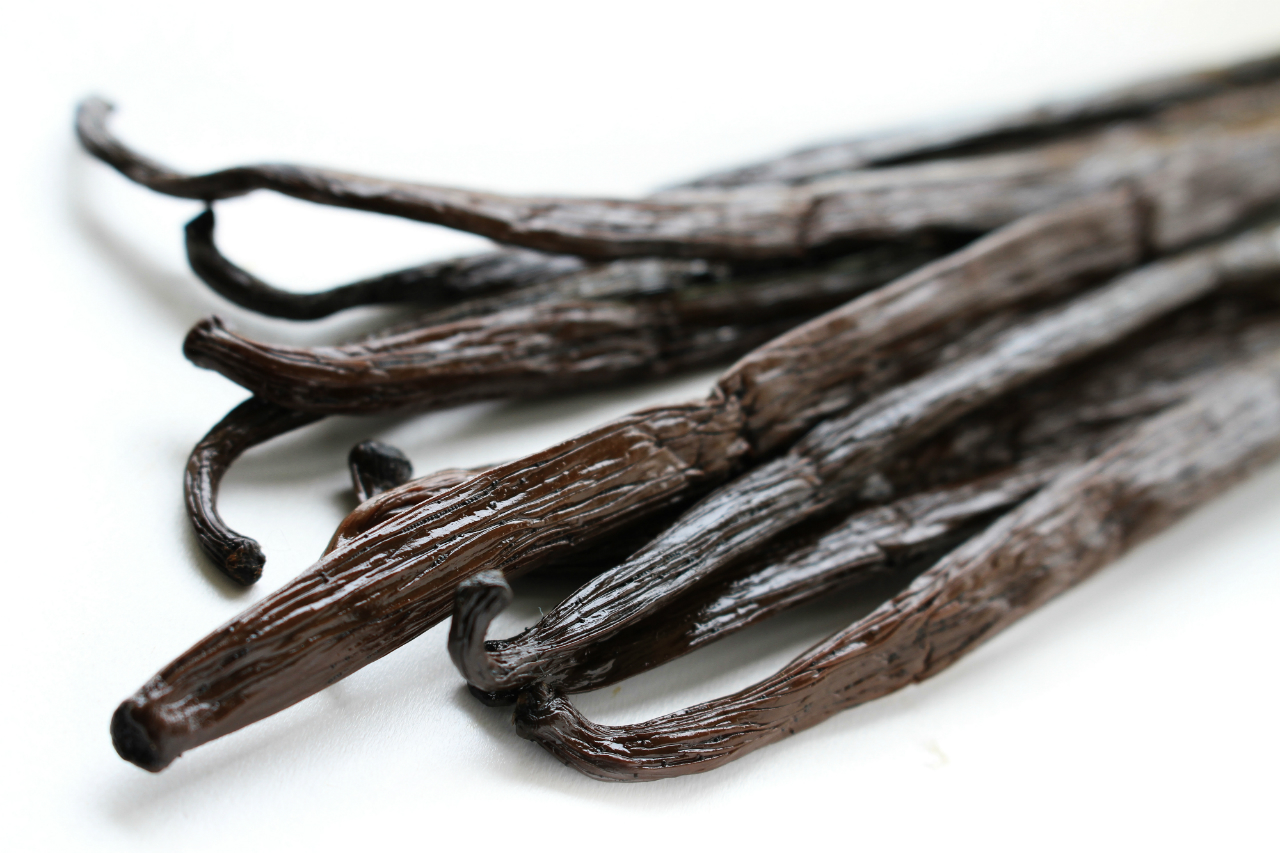 All about vanilla beans and vanilla for cooking.

Vanilla Beans are the long, greenish-yellow seed pods of the tropical orchid plant, Vanilla planifolia. Before the plant flowers, the pods are picked, unripe, and cured until they're dark brown. ---photo0--- The process takes up to six months. To obtain Pure Vanilla Extract, cured Vanilla Beans are steeped in alcohol. According to law, Pure Vanilla Extract must be 35 percent alcohol by volume.

Vanilla beans are grown in Madagascar, Mexico, Indonesia, and Tahiti.

Vanilla is one of the most popular flavorings in the world. It is used in flavoring most desserts, including ice cream, custard, cake, candy, and pudding. Vanilla is also used to enhance the flavor of beverages and sauces.

Vanilla Beans have a sweet, perfumed aroma with a woody or smoky flavor. Pure Vanilla Extract has a similar aroma.

Vanilla originated in Mexico, where the Aztecs used it to accent the flavor of chocolate drinks. The Mexican emperor, Montezuma, introduced Vanilla to the Spanish explorer Cortez, who brought it to Europe in the 16th century.

The drink, made with Vanilla pods and cacao beans, became popular among the aristocracy in Europe. In 1602, a chemist for Queen Elizabeth I suggested that Vanilla could be used alone as a flavoring.

One inch of Vanilla Bean is equal to one teaspoon of Pure Vanilla Extract. Vanilla Beans should never be refrigerated because they may develop mold when chilled. They should be kept in an air-tight container at room temperature.

Add to desserts or beverages to boost sweet, fruity, or rich flavors. Provides smooth rich background taste - use to balance sauces for shellfish, chicken, and veal.

Softens dairy flavors and reduces egginess in French toast and meringues. Add to a mug of hot chocolate, coffee, or tea for added richness.