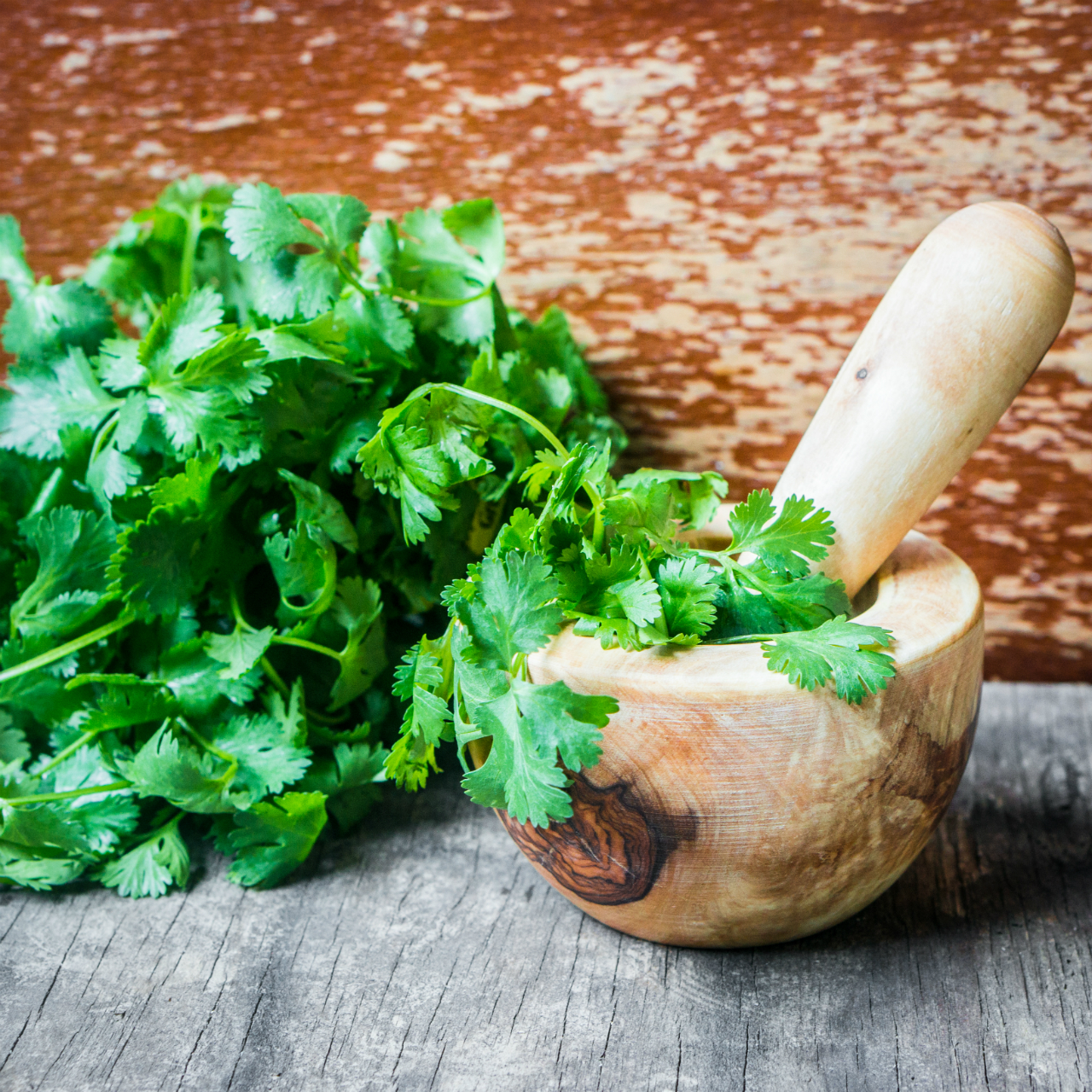 The Greeks planted Parsley and rue as borders around herb gardens, from whence comes the old saying: "being at the parsely and rue", meaning to be at the beginning of a project.

The Greeks planted Parsley and rue as borders around herb gardens, from whence comes the old saying: "being at the parsely and rue", meaning to be at the beginning of a project.

In Greek mythology, parsley is said to have sprung from the Greek hero, Crchemorous. Winners at the ancient games were crowned with parsley. Parsley was used in Roman and Greek times as both a flavoring and garnish. It is used in the Hebrew celebration of Passover as a symbol of spring and rebirth.

The Romans believed parsley could prevent intoxication and were the first people to consume it in large quantities.

All varieties of parsley are biennieals, meaning that they usually last for 2 years, but is usually grown as an annual as the leaves have a more delicate flavour in the first year.

In the second year the main stems grow taller and branched, each branch holding the flat-topped umbrel of yellow flowers. If these taller stems are cut as soon as they appear you should get another year out of the plant.

Plant seeds early in the spring (they're a little slow to germinate). The first year, you get plenty of leaves, on fairly long stems that come from the crown of the plant. The second year, you get a couple of leaves and a long bloom stalk, which looks very much like Queen Anne's Lace (they're related.)

Pick leaves from the plant, stem and all. The first year, the more you pick, the more leaves you'll get. The second year, there are only a couple of leaves, and no more will grow, because the plant is working on bloom and seeds.

Cultivars - There are three common varieties of parsley: Italian or flat-leaf, curly, and Hamburg.

Italian or flat-leaf parsley (P. crispum var. Neapolitanum) has flat, dark green leaves with a strong, coarse flavor and edible, succulent stems. Both curly leaf and Italian are used in cooking, but the flavor of the Italian is preferable.

Curly leaf parsley (P. crispum) has leaves that curl into small frilly leaflets. It is often used as a garnish and is the variety most commonly sold even though it has less flavor than Italian parsley.

Hamburg parlsey (P. c. var. Tuberosum) has a thick, celery-flavored root that has a nutty taste when boiled as a vegetable. Although it is a perennial, it is grown as an annual for its large roots.

These can be boiled like parsnips and served with butter. Sow seed in March and do not plant in recently manured ground.

Harvesting and Using - Pinch off parsley sprigs as needed or cut the entire plant back to dry or freeze a larger quantity of foliage. Parsley can be chopped and dried, or chopped and frozen in ice cubes. The cubes are great added to soup or a sauce.

The dried parsley can be added as is to a dish to be cooked or used as a garnish on soup, or soaked in a little bit of water and sprinkled on top of already- cooked food as a garnish.

Parsley is one of the most nutritious herbs containing high amounts of vitamins A and C, potassium, calcium magnesium, phosphorus, iron and other essential minerals. This herb promotes good digestion, and nourishes the kidneys, liver and bladder.

Parsley helps hypertension due to its diuretic properties. Parsley was used as far back as the times of Hippocrates as a medicine believed to help rheumatism, relieve kidney pains, and improve general health. Parsley is an excellent source of natural chlorophyll, along with a variety of other healthy nutrients and it is a mild aphrodisiac.

Parsley stimulates the circulation and the digestive system. It is a good tonic herb and is a remedy for troublesome flatulence. Parsley Tea taken hot last thing at night can be effective in loosening a stubborn cough. For medicinal purposes parsley tea is most usually made from the dried leaves.

Fresh crushed parsley leaves can be used externally for relieving insect bites and stings. As an instant remedy take fresh or pulped leaves and place on minor cuts and abrasions to soothe and heal.

Parsley is, of course, a classic garnish. A sprig of curly parsley on a plate really dresses it up. You can also chop parsley and sprinkle it on meats, vegetables, etc.

Stretch homemade pesto and other green sauces by adding a generous amount of Parsley during mixing. Stir Parsley into melted garlic butter for a savory, yet simple, pasta or steamed vegetable topper. Add directly to liquids, cooked foods, melted butter, and salad dressings for a light spicy touch.

Parsley is also a classic soup herb. When you're making stock, parsley is one of the "aromatic vegetables" that's recommended to make the flavor richer. For this, use stem and all; in fact, this is a good place to use stems that you've cut off from pieces used for garnish.

It's good in salads, too, adding a different "green" texture and flavor. It's a bit too strong to be used by itself, for most people's taste.