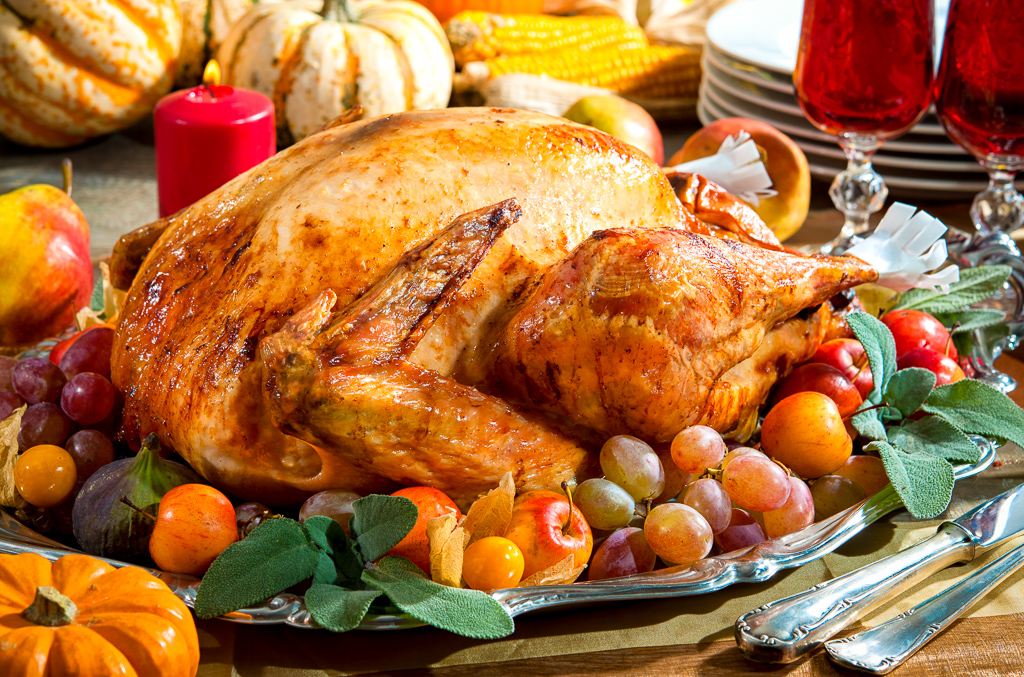 This Thursday is Thanksgiving and households across America will be preparing the traditional turkey. About 46 million turkeys will be

This Thursday is Thanksgiving and households across America will be preparing the traditional turkey. About 46 million turkeys will be "gobbled" up according to the National Turkey Federation. Most people want to know how to cook a juicy bird. Simple. Make duck instead.

I don’t care what anybody says. Turkey meat, particularly the breast, is not juicy. Of course this depends on your definition of "juicy." For me, juicy is the moisture level in a medium-rare rib-eye steak, braised veal shanks or duck leg confit. Turkey breast, to me, is like gnawing on slightly damp newspaper.

And because America is so obsessed with dry white meat, the industry has selectively bred birds to create abnormally large breasts. In fact, the breasts of most male turkeys have become so huge, they can no longer mate.

The enlarged breast either obstructs mating or would hurt the female. Thus, most female turkeys have to be artificially inseminated. Apparently birds of a feather don’t always flock together.

Meat should be juicy, tender, and flavorful. Sparsely used muscles, (such as the tenderloin), produce tender meat since they are softer from less exercise. However, idle muscles have paltry flavor unless they contain significant intramuscular fat.

The filet mignon and rib-eye are both very tender steaks, but the rib-eye has more flavor since it is fattier. Fat is also what renders the meat juicy.

The breast meat on turkey and chicken is very low in intramuscular fat thus limiting its flavor and juiciness. There is nothing you can do to a low-fat meat to make it fattier, and hence juicier.

All you can do is not make matters worse. Thus, virtually all of the tips for cooking a juicier turkey are really just ways to prevent it from becoming drier than it already is. With that in mind, here’s the deal:

1) Wild turkeys are a little tougher, (although more flavorful), than commercial turkeys since they get considerably more exercise. But that also means less fat and ergo, less succulence.

2) Younger turkeys will be more tender than their older counterparts. For the most tender, juiciest turkey, pick a young one that’s been cooped up in a pen its entire life.

3) Brine your turkey. This is the only way to actually make the meat juicier. Brining means soaking the turkey in a salt-water solution for at least six hours.

Brining works via the processes of osmosis and the tendency for adjacent mediums to equalize their level of salinity. In a nutshell, the turkey will absorb some of the salt water. The meat will be juicier and tastier.

For a 12-16 lb. turkey use two cups of kosher salt, or one cup of table salt for every 2 gallons of water. Take an unfrozen turkey, remove the giblets, rinse it, and then submerge it in a large bucket of the salt-water solution and refrigerate.

Remove it from the brine, rinse it, and then pat it dry before cooking. Some cooks also add sugar and other flavoring elements to the brine.

4) DO NOT OVERCOOK THE TURKEY. The quickest route to dry meat of any kind is to overcook it. Use a thermometer. The turkey is done when, like chicken, the breast is 165 degrees and the deepest part of the thigh has reached 175 degrees.

5) Allow the turkey to rest for 15 - 30 minutes before carving. All roasted items should rest before being carved. This allows the juices to be reabsorbed into the meat. If you carve it immediately the juices will run out.

6) Do not stuff the turkey. A stuffed bird takes longer to cook and can make for drier meat. Make your stuffing separately.

7) Use a roasting pan three inches deep or less and a rack for even roasting. If the bird sits on the bottom of the pan, or the pan’s sides are too high, the heat cannot penetrate the bird uniformly.

Turn the roasting pan at various intervals to further facilitate even roasting. Some roast their turkey breast side down, the rationale being that the juices will drip into the breast. Moreover, since the breast cooks faster than the dark meat and needs less cooking, situating it on the bottom exposes it to less direct heat.

8) Do not truss the bird. The dark meat will cook faster unfettered and thus reduce the chance of the breast overcooking by the time the dark meat is done.

9) Roast a turkey at lower temperatures, usually 325 to 350℉. Intense heat can overcook the outside before the center is completely done.

Some start their bird at a high temperature (400℉ or more), for the first half hour to brown the surface and produce a crisp skin, and then drop it to 325℉.

10) Finally, don’t bother basting. The meat, covered by the skin, will not absorb the juices. 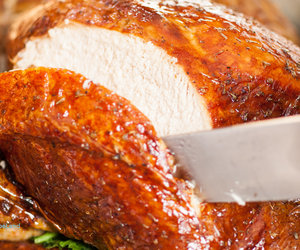 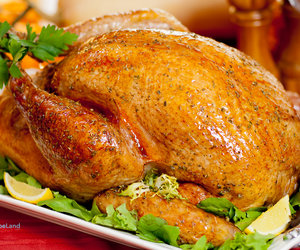 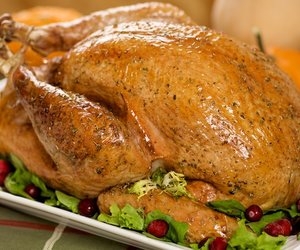 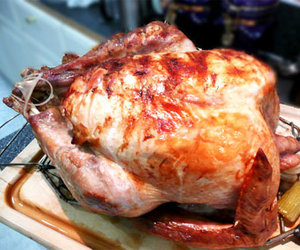 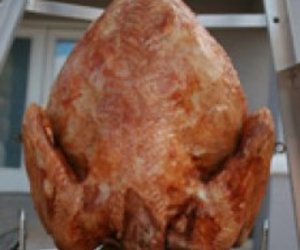 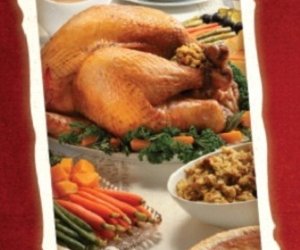