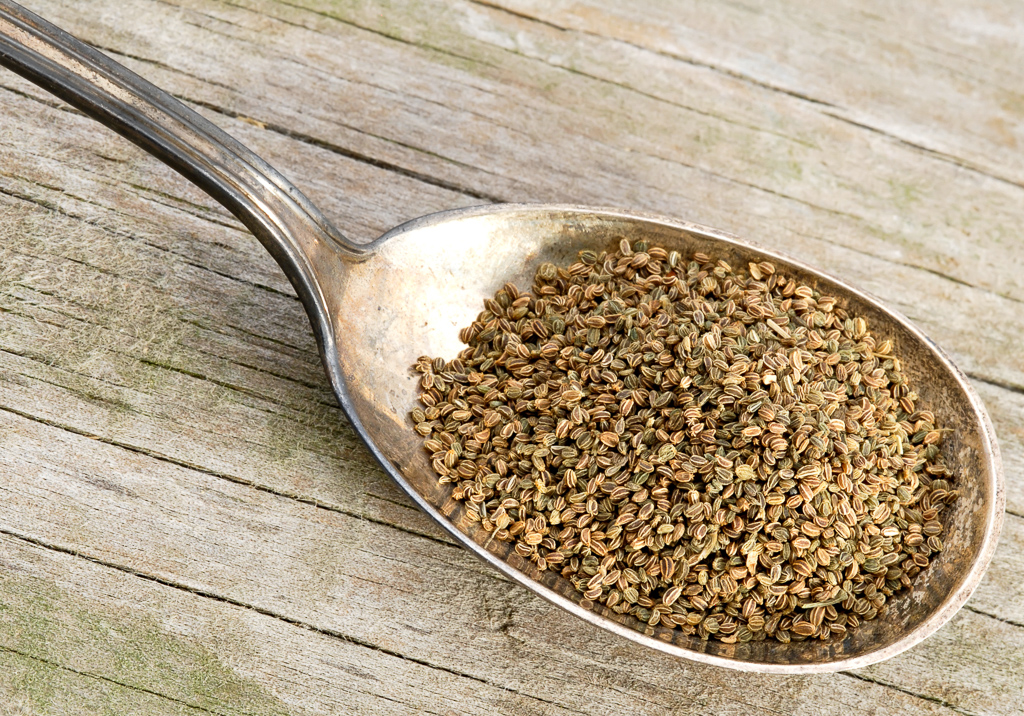 All about celery seed in recipes. Celery Seed tastes similar to table celery, with its warm, slightly bitter, aromatic flavor.

Celery Seed is the dried fruit of Apium graviolens, a biennial in the parsley family. This is the same genus and species used for growing table celery, although there are particular varieties that are used for the vegetable. The seeds are very small (about 1/16th of an inch), ovoid and light brown.

Celery Seed is grown in France and India.

Celery or as the ancients called it "small-age" has been used as a medicine since the time of the Greeks. In the Middle Ages, it was discovered that cultivation produced a much superior plant.

At that time people began to use it more widely as a vegetable. It was not until the 19th century that the seeds were used in recipes, appearing first in pickling recipes.

Celery Seed and table celery are grown from a domesticated variety of a wild plant known as "small-age." Small-age was grown by Greeks and Romans for medicinal qualities. It was associated with funerals and bad luck.

Celery Seed is useful for adding a celery flavor to foods when the "crunch" of celery is not desired. Stir some into clam, potato, or other creamy soups. Add a pinch to blue cheese dressings and spoon the dressing over ripe tomatoes.

Rye Bread with Onions and Caraway