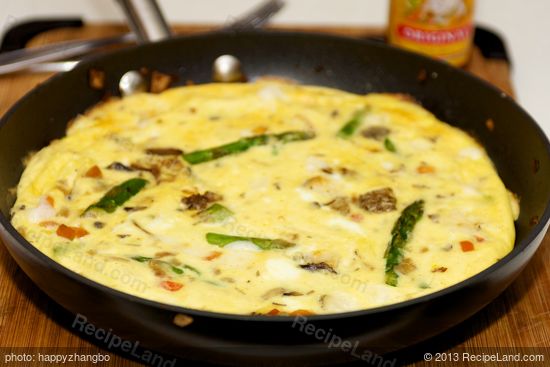 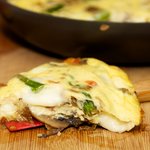 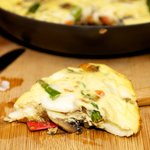 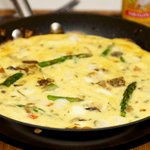 Heat the oil in a 10-inch nonstick oven -proof skillet over medium high heat until hot.

Add the onions, stirring occasionally, and cook for about 6 minutes or until the onions are well browned.

Stir in the asparagus and bell pepper, and cook for about 5 minutes until the vegetables become tender.

Season to taste with salt and black pepper. Arrange the vegetables to cover the pan with an even layer.

Once the vegetable mixture is cooked, reduce the heat to medium or medium low.

Pour the egg mixture into the pan. Sprinkle the cheese over, press down into the mixture.

Cover and cook for about 10 minutes.

Preheat the broiler at the last a few minutes of the cooking.

Remove the pan from the oven with a kitchen towel and let it cool for a few minutes.

Transfer the frittata onto a serving plate, cut into wedges and serve warm. 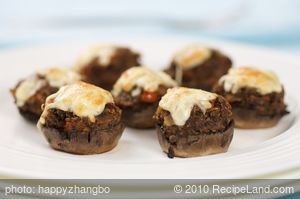 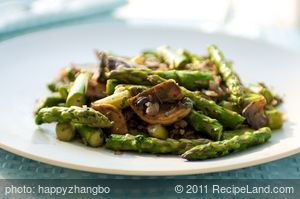 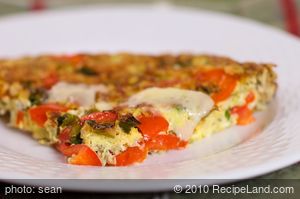