Freeze the flour in a medium bowl for one 1 hour.

Refrigerate the lard for one 1 hour then cut into cubes.

Measure 1 cup flour on to table, place lard cubes on top then cover with the remaining flour.

Roll rolling pin over the mixture until all of the pieces have been flattened and slightly incorporated.

Scrap into a bowl and mix with liquid.

Turn dough out onto a lightly floured surface.

With a lightly floured rolling pin, roll out a rectangle about 8 X 12 inches.

Fold to the center and roll out slightly to form an 8 inch square.

Roll and fold once more.

Wrap in parchment or waxed paper and refrigerate until needed.

Peel and cut and core apples into eighths.

Then dice crosswise into 1½ chunks.

Blend together ½ cup sugar with flour and spices.

Roll remaining dough into a round 5 inches larg than dish.

Place and fit into dish and trim overhang to one inch.

Spoon in apples and dome evenly.

Cut 5 slits in center of dough. 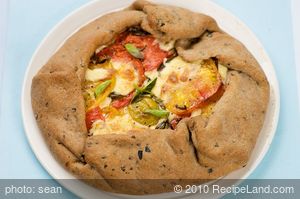 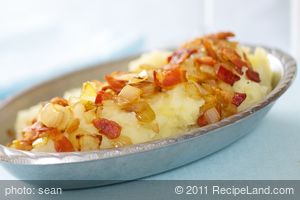 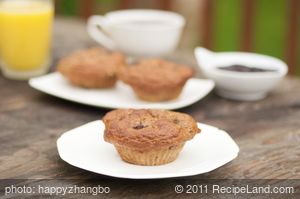