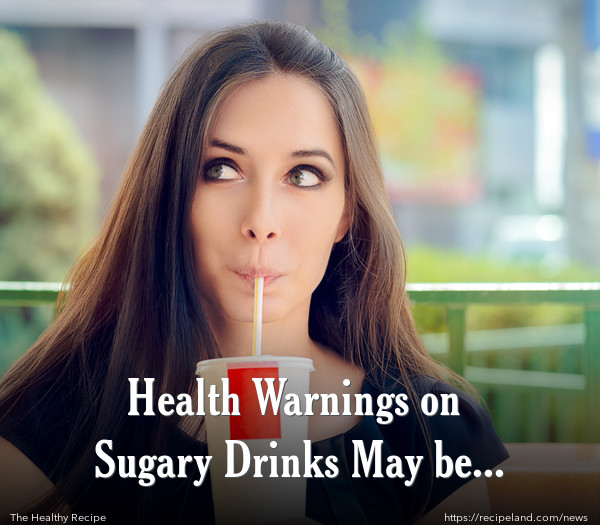 New research shows that sugary drinks are a primary cause for many chronic health conditions, including obesity, heart disease and diabetes. Researchers are suggesting either banning the beverages or placing strongly worded warning labels to educate consumers about the dangers of these drinks. Simon Capewell, a professor at the University of Liverpool, indicates that adding warning labels is a practical measure that could be accomplished fairly easily.

He suggests that vending machines that provide access to these sugary drinks should also be labeled. He mentioned that California is already considering legislation toward this effect, and the United Kingdom may be soon to follow in their footsteps.

Says Capewell, "A recent BBC survey found that 60% of adults would support health warnings similar to those on cigarette packets on food packaging. Even more, 70%, would support banning sugary drinks in UK schools, or limiting the amount of sugar allowed in certain foods. Because sugar is increasingly being implicated as a specific causal factor for overweight, obesity and heart disease and current UK and US obesity policies are failing to reverse obesity trends,” and this is an important move for health advocates to make.

Capewell explains that there are already warning labels on other dangerous foods and chemicals, including cigarettes, alcohol, pesticides, cleaning products and more, and adding a warning label to sugary drinks may be just as important to public health.

Warning labels for other dangerous things have been an effective way to educate the public, and Capewell feels that this strategy should be used to help control the intake of the sugary drinks that are leading to so many health problems. Calorie control should follow in the patterns used by the tobacco industry to cut the use of tobacco.

Capewell believes that the entire industry may be now finally moving in the right direction, showing increased awareness and a willingness to educate the public about the dangers of soda. Further research, as well as more education and advocacy are definitely indicated as the world health policy makers move forward in the fight against obesity, heart disease and diabetes.